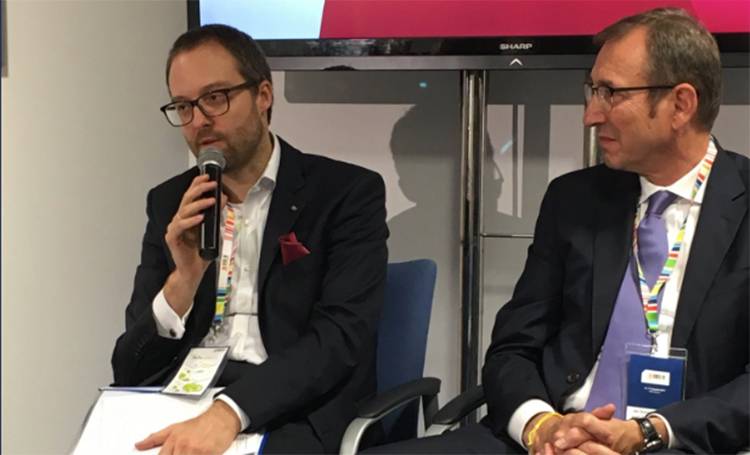 I know you won’t believe I’m old enough, but indeed I visited the Warsaw Stock Exchange at its very beginnings post-Communism, in January 1990, housed, as befits Poles’ well-developed sense of humour, in the former Communist Party HQ.

Things have changed a bit. The exchange has not only moved office but altered its name from the English ‘Warsaw Stock Exchange’ to the Polish GPW (Giełdy Papierów Wartościowych).  And last month’s announcement that FTSE Russell is to redesignate Poland as a Developed Market should give the exchange a potentially massive extra boost.

The moment I dropped by was just a few months after Solidarity’s Tadeusz Mazowiecki became prime minister, and before its leader Lech Walesa became president. At the time I recall around eight men sitting around a circular table, trading whatever they could, probably a few job lots of televisions and refrigerators. Trading in real securities started only in 1991.

Other things are also very, very different now. The sector Real Estate, introduced over the last couple of years and now totalling around 44 companies, mostly encompasses development firms known only in the domestic market. The main exceptions – many of which are not primary listings – are Atlas Estates, Buwog, Echo Investment, Globe Trade Centre, Griffin Premium, Immofinanz, Orco and Warimpex.

Atlas is, for example, registered in Guernsey, Plaza in Amsterdam, Buwog, Immofinanz and Warimpex in Vienna. Echo is majority owned by three large US-based institutions, PIMCO – the giant US west coast investment unit of Germany’s Allianz insurance group – private equity group Oaktree, and Griffin, which itself is controlled by nearly 48% by Amsterdam-based holding companies. The EBRD also holds a stake of 9.5%. South African REIT Redefine also took an early stake in Griffin, as well as in Echo.

Globe Trade Centre, now know under its acronym GTC, acquired giant US opportunity group Lone Star Funds as majority owner in spring 2015 for payment of $190m to its founders. The US fund now holds over 61% of GTC, which holds a €1.7bn in commercial property. To exploit the growing interest in South African capital in CEE, it also has a secondary listing in Johannesburg.

The way forward for GPW is not fully clear. Executives want to make it the central exchange for all public sector firms in central Europe, and so far they are succeeding. But the zig-zag policies of the Law & Justice party government, anxious to impose its nationalist-conservative views, do not allow for forecasts. The confusion surrounding the introduction of REITs is one example.

That said, in a fortuitously well-timed move last month, GPW appointed a new president, Marek Dietl. His background looks promising for the market. At 40 years old Dietl holds a degree from the Warsaw School of Economics and a PhD from the Institute of Economic Sciences, Polish Academy of Sciences, during which period he was a fellow at the University of Glasgow. He is Assistant Professor at the Warsaw School of Economics and in 2012-2013 was a fellow at the University of Economics in Essex, UK. He has also completed a two-year EY Executive Studies in Finance program. Most significantly, perhaps, Dietl served as an advisor to Polish President Andrzej Duda, who is close to the Law & Justice party. Watch this space.