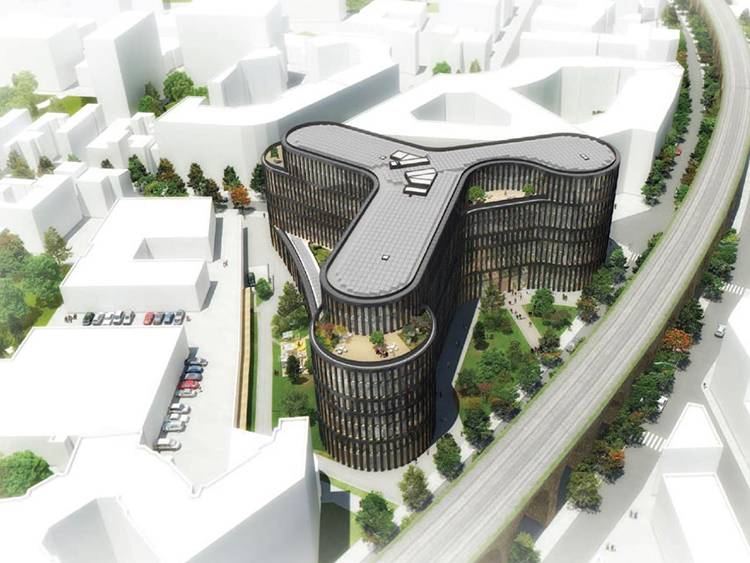 Never before have I seen a private US stock-picking adviser venture into listed European real estate, but US retail investors are looking around the world after repeated market record highs at home. One stock pick this week by the Seeking Alpha service is Paris office REIT/SIIC Gecina. Writer Michael Boyd expects yield compression to narrow the gap with sovereign bonds, and boost the share price.

It is instructive to look at European listed property from a global point of view, comparing potential returns, for example, to what he calls the risk-free rate available in US Treasuries. "I've been looking for ways to get exposure to overseas real estate, and the Paris market is highly appealing to me given the dynamics at play," Boyd writes. "The Paris real estate market held up remarkably well during the last downturn, and downside equity risks are minimal relative to other European equities."

He cites Gecina's office occupancy rate holding in the 90% range "even in the depths of the fallout in real estate in 2009." Paris cap rates rose 200bp at that time, with rental levels down mid-single digits, he notes. "Such an occurrence today would drive 40% downside on a net asset value basis, and that is a worst case scenario, in my view."

Following its acquisition of Eurosic last year, Gecina is the largest pure-play Paris office REIT, managing about €20bn in assets. Run since early 2017 by CEO Meka Brunel, the group said recently it achieved €578m of sales last year out of a total €1.2bn program of non-strategic assets taken over from Eurosic and earmarked for disposal. Last week it also announced a global partnership with digital group WiredScore to improve connectivity across its global office portfolio.

Boyd writes: "While I don't think there was necessarily a lot of value to Gecina from Eurosic from an asset value perspective .. the deal is nonetheless immediately accretive to recurring net income, and there are roughly €17-22m in guided synergies to be realised over the next several years. Larger scale is never a bad thing for REITs."

Despite its high-profile in France and Europe, "Gecina is a relatively unknown REIT to Seeking Alpha readers, most likely due to the company not owning any assets in the United States nor trading with any real volume on American exchanges," Boyd writes. "If you want exposure, you're going to have to trade on the Euronext Paris exchange." In the US, Gecina stock trades over the counter only.

"While the company trades relatively in line with third-party appraisals, I believe the market is discounting future strength in Parisian real estate cap rate compression, and cash-flow should benefit from synergies from the Eurosic acquisition as well as the eventual refinancing of all Eurosic debt," Boyd says. "Savings will be in the tens of millions of Euros. I see shares reaching €200 by the end of fiscal 2018, or more than 25% upside from current prices."

He characterises the Gecina dividend - 3.3% using 2017 figures - as fairly low, saying it may put off some retail investors. But he adds: "I want to continue driving the point to retail investors that really finding value in the REIT markets comes down to net asset value, and by extension cap rates... Institutional investors, the primary drivers of share price directionality in REITs, are not investing on cash-flow yield, but instead on their perception of the long-term value of the underlying commercial real estate portfolio."

"Within Paris, cap rate valuations are very strong to many eyes: 3% in the central business district, and a touch over 4% in La Défense. These rates are comparable to the West Coast metros like San Francisco or Seattle that face similar constraints on supply and heavy demand."

While it may seem aggressive and counter-intuitive to expect even further cap rate compression, Boyd cites, "the difference in spread for the risk-free rates in the European continent versus what we are used to seeing in the American markets." The French 10-year government bond is yielding around 0.82% versus 2.54% for the US Treasury, 172bp of difference. "Which sounds more like an overheated market: San Francisco trading as low as 46bp of spread versus the risk-free rate of the country, or Paris at 218bp? I believe there is substantial room for compression on cap rates within the Paris market which would be a big boon to operators in the area, like Gecina... It should be a continuing trend."