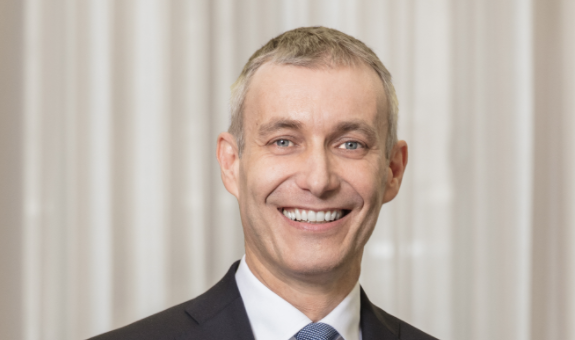 German listed TLG, managing €2.4bn in commercial real estate, is in the spotlight this week after investor Amir Dayan said he potentially controls 23% of the firm. Other major shareholders, which include Frankfurt's DIC group with its well-funded New York-based ally KKR, are unlikely to watch events passively.

Dayan's Ouram holding firm late Friday corrected a report earlier in the day that the investor owns a controlling majority stake in TLG. Ouram had on Thursday declared a 4.51% stake and later said it owns financial instruments controlling another 18%. But Ouram late Friday withdrew a claim that it potentially owns a controlling majority stake. "TLG is a further building block in the consolidation of our real activity in Germany," Dayan told the Handelsblatt newspaper. The additional stake is held in financial instruments, and access to voting stock is possible until 17 April, HB reported. However the holding is not adequate to reach a blocking minority of 25%, and far from a majority of over 50%.

The Berlin-based TLG, formed out of the commercial property holdings of the former east German Treuhand which was founded after the fall of the Berlin wall, was floated on the stock exchange in 2014 and has since then expanded steadily. The TLG board said last week it had as yet had no contact with Dayan or other representatives of Ouram, and remained in the dark as to the identify of the seller of the potential additional stake.

The largest shareholder until now has been the Jerusalem-based Adar Capital Partners hedge fund founded by Zeva Marynberg, with a holding of 16.8%. Second largest, at 15.13%, is the Frankfurt lawyer Gerhard Schmidt via companies in the Deutsche Immobilien Chancen group, which he also controls. This investor group has a senior minority stake in Frankfurt-listed DIC Asset and is a partner with KKR in the GEG German Estate Group which is still in the process of expanding its portfolio.

The government of Singapore is listed as owning another 9.25% through its GIC sovereign fund, with the private Swiss bank Julius Baer holding 5.72%.
DIC Asset was the seller of a holding in smaller peer WCM to TLG last autumn after it was unable to gain control alone. TLG's acquisition of WCM brought in a much-wanted west German portfolio to add to its primarily eastern German holdings. "From then on, TLG itself was seen as an engine of consolidation among listed investors in office, retail property, hotels and warehouses," the HB wrote, speculating whether TLG could be the engine of consolidation in German commercial real estate in a similar manner to giant housing group Vonovia in residential.

Dayan is a partner in the privately-held investor group Intown Property Management - which did not respond to enquiries from Business Immo Europe ahead of the weekend. Intown achieved some notoriety last year when two of its residential towers - in Düsseldorf and Wuppertal - were forcibly evacuated due to inadequate fire safety measures. Some 820 residents were affected.

As for GEG, which also owns commercial property worth some €2.4bn, Schmidt is the supervisory board chairman alongside KKR EMEA head Johannes Huth. Former DIC Asset CEO Ulrich Höller now occupies the same position at GEG. Earlier this month Höller told the Immobilien Zeitung newspaper that even if GEG's stated ambition of reaching €5bn or €6bn in managed assets is far from being achieved, the group should be able to reach €3.5bn this year. A listing on the stock market, while not imminent, is one option that the group is keeping in mind.

The TLG stock price rose 2.9% on Friday to reach a record high close at over €23. 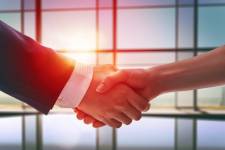