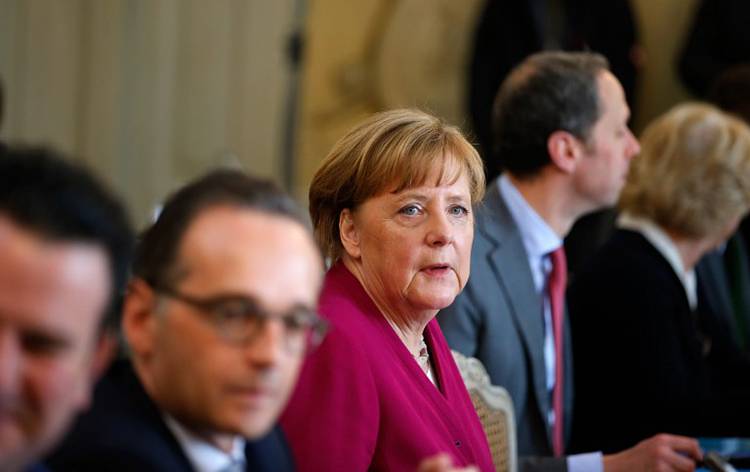 Chancellor Angela Merkel's pledge to create 1.5m new homes in Germany in the next four years will run up against supply constraints. While builders aim at 340,000 units this year, 55,000 more than in 2017, it is at full capacity and costs are rising fast.

Merkel last weekend announced a housing offensive with a price tag of €6bn, saying: "For many people the most burning topic of our times is to find affordable housing." Berlin will earmark €2bn in funds for local government housing initiatives. It will also make land that it owns in cities available for housing development at discounted prices, tighten the framework for landlords to raise rents after renovations, and give sitting tenants more rights to whether the rental price brake (Mietpreisbremse) is being operated correctly.

Official statistics show completed German housing units last year reached 284,800, up 2.6% on 2016, while new housing permits were running at 348,128 – down 7.3%yy and the first decline since 2008. The building industry now estimates that the overhang of permits versus completion is running at around 400,000, mainly because the steady, robust price increases country wide for the last few years has brought plenty of new private developers into the market, many of whom delay construction to speculate on ever higher sales prices.
The federal government's initiative is aimed squarely at this speculation; Merkel's new Grand Coalition with the Social Democrats has dubbed the program, "turbo impulses against housing procrastinators". Berlin is trying to unite 30 organisations behind the program: architects' and planners' associations, the construction and real estate sectors, and the building union IG Bau, noted German property newspaper Immobilien Zeitung. The initiative, in simple terms, is a political attempt to raise completions to the same velocity as housing permit issuance.

The main challenge to achievement of Berlin's aims however is that German builders are at full capacity; because of shortfalls in labour and raw materials, costs can only rise - placing still more pressure on affordable housing.

Yet the Merkel's newly-discovered interest in the building industry is warmly welcomed by a sector that has been neglected in her recent legislative terms. "Ignored for years, the construction industry is on a roll," IZ wrote in a commentary. No fewer than two federal ministers were singing the sector's praises at a recent business conference: Labour Minister Hubertus Heil and Andreas Scheuer, Minister for Transport and Digital Infrastructure. Horst Seehofer, former leader of the Bavarian CSU and now the federal minister directly responsible for building, sent State Secretary Marco Wanderwitz.

Wanderwitz announced that building regulations will be eased to speed up construction starts and completions, particularly in residential. Even if his call for unifying diverse building regulations across the 16 federal states is highly unlikely to be heeded, builders are placing great hopes on a Berlin sponsored move toward digitisation which is already increasing productivity for larger firms. Scheuer announced establishment of a Business Information Modelling competence centre with a cloud-based solution. Smaller builders wil be helped with the extra costs involved.

German builders say the new digital tools should help it face record orders this year of €17.7bn mainly driven by housing demand. In the first two months of 2018, incoming orders rose 8.3% yy. The industry association HDB now anticipates, at full stretch, completion of some 340,000 homes this year, still below the 375,000 need to achieve Merkel's new initiative. But the industry is urgently looking for new talent because, even though the new BIM competence centre promises to introduce measures to ease the physical labour aspects of building, each year some 2,000 more retirees leave construction than the industry is recruiting. As a result wages are rising to attract newcomers. A recently negotiated nationwide arbitration provided for a gradual increase of 5.7% for western Germany and 7.4% in the East. 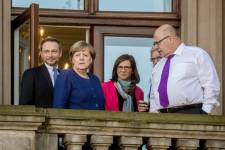 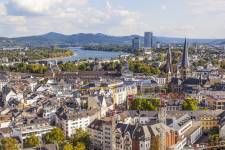 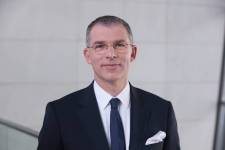 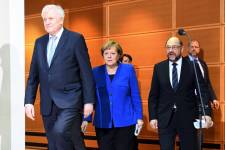 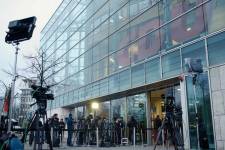 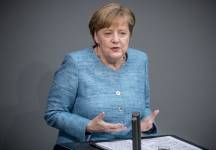