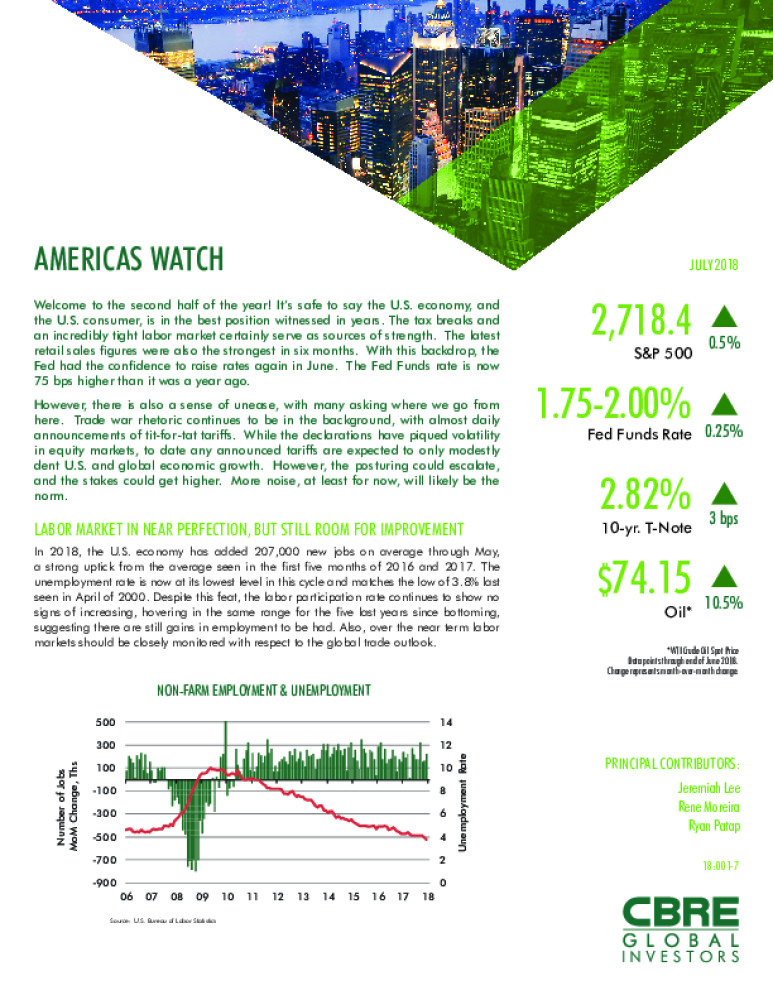 Welcome to the second half of the year! It’s safe to say the U.S. economy, and the U.S. consumer, is in the best position witnessed in years. The tax breaks and an incredibly tight labor market certainly serve as sources of strength.  The latest retail sales figures were also the strongest in six months.  With this backdrop, the Fed had the confidence to raise rates again in June.  The Fed Funds rate is now 75 bps higher than it was a year ago.

However, there is also a sense of unease, with many asking where we go from here.  Trade war rhetoric continues to be in the background, with almost daily announcements of tit-for-tat tariffs.  While the declarations have piqued volatility in equity markets, to date any announced tariffs are expected to only modestly dent U.S. and global economic growth.  However, the posturing could escalate, and the stakes could get higher.  More noise, at least for now, will likely be the norm.

Commercial Real Estate trends 2018 - Is your strategy aligned with the market? 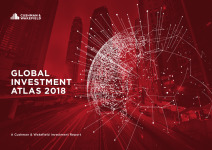