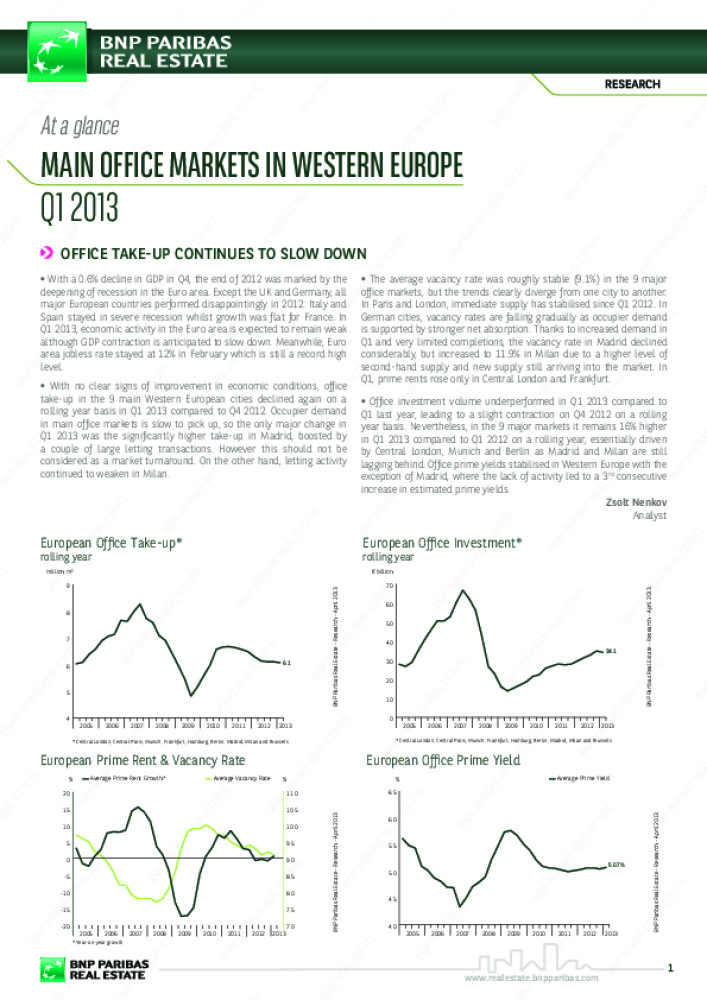 With a 0.6% decline in GDP in Q4, the end of 2012 was marked by the deepening of recession in the Euro area. Except the UK and Germany, all major European countries performed disappointingly in 2012: Italy and Spain stayed in severe recession whilst growth was flat for France. In Q1 2013, economic activity in the Euro area is expected to remain weak although GDP contraction is anticipated to slow down. Meanwhile, Euro area jobless rate stayed at 12% in February which is still a record high level.