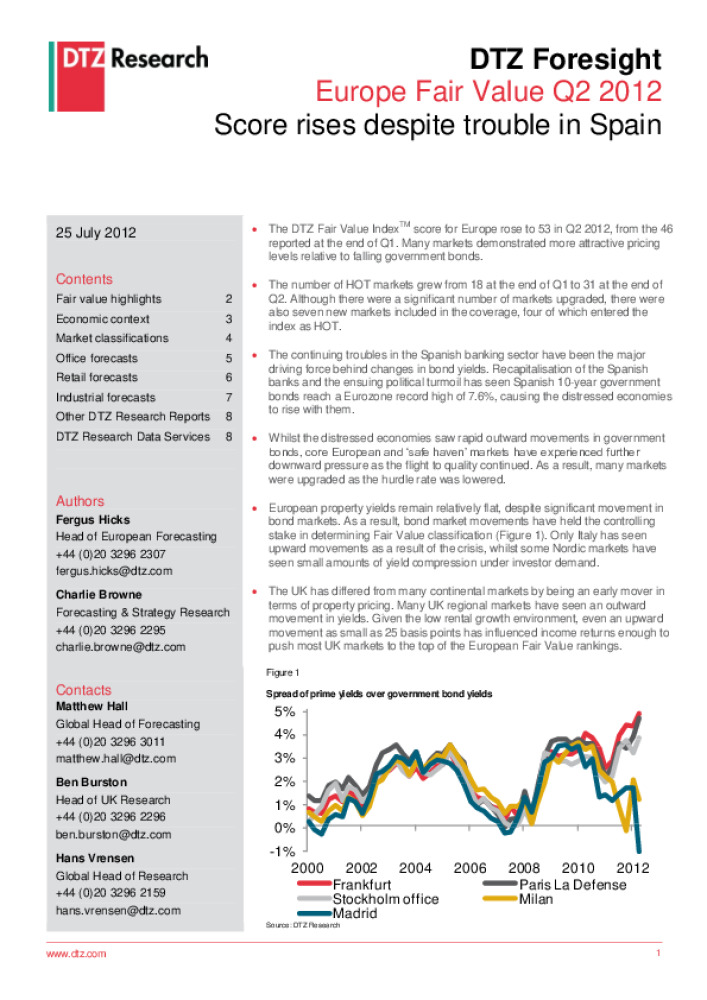 The DTZ Fair Value IndexTM score for Europe rose to 53 in Q2 2012, from the 46 reported at the end of Q1. Many markets demonstrated more attractive pricing levels relative to falling government bonds.
The number of HOT markets grew from 18 at the end of Q1 to 31 at the end of Q2. Although there were a significant number of markets upgraded, there were also seven new markets included in the coverage, four of which entered the index as HOT.
The continuing troubles in the Spanish banking sector have been the major driving force behind changes in bond yields. Recapitalisation of the Spanish banks and the ensuing political turmoil has seen Spanish 10-year government bonds reach a Eurozone record high of 7.6%, causing the distressed economies to rise with them.
Whilst the distressed economies saw rapid outward movements in government bonds, core European and ‘safe haven’ markets have experienced further downward pressure as the flight to quality continued. As a result, many markets were upgraded as the hurdle rate was lowered.
European property yields remain relatively flat, despite significant movement in bond markets. As a result, bond market movements have held the controlling stake in determining Fair Value classification. Only Italy has seen upward movements as a result of the crisis, whilst some Nordic markets have seen small amounts of yield compression under investor demand.
The UK has differed from many continental markets by being an early mover in terms of property pricing. Many UK regional markets have seen an outward movement in yields. Given the low rental growth environment, even an upward movement as small as 25 basis points has influenced income returns enough to push most UK markets to the top of the European Fair Value rankings. 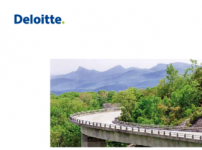 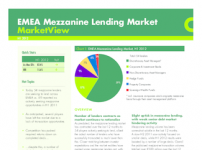