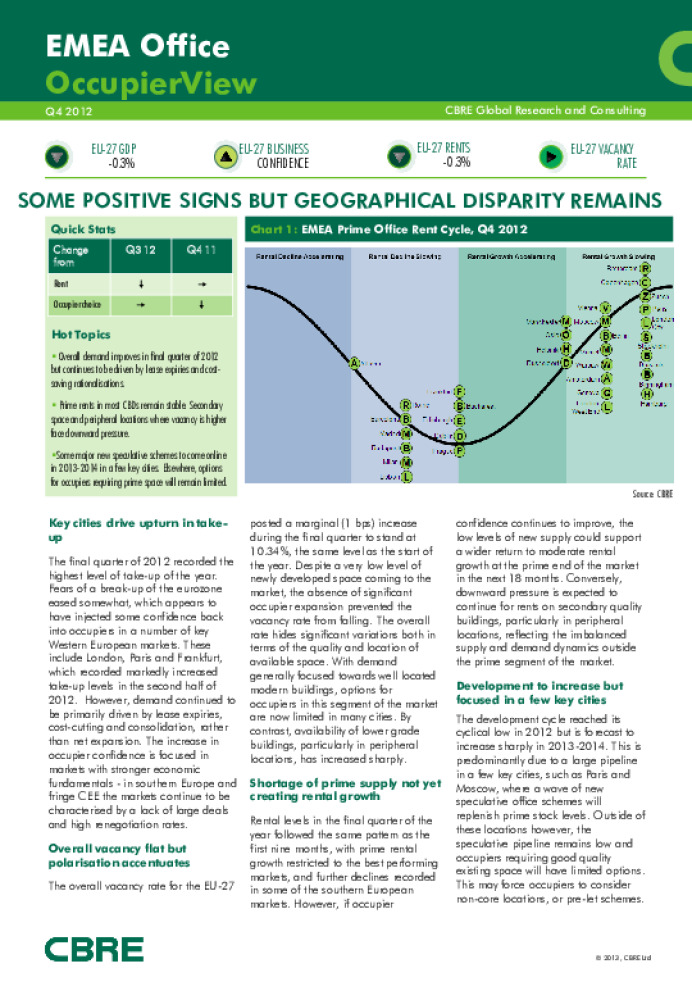 Overall demand improves in final quarter of 2012 but continues to be driven by lease expiries and cost-saving rationalisations.
Prime rents in most CBDs remain stable. Secondary space and peripheral locations where vacancy is higher face downward pressure.
Some major new speculative schemes to come online in 2013-2014 in a few key cities. Elsewhere, options for occupiers requiring prime space will remain limited.