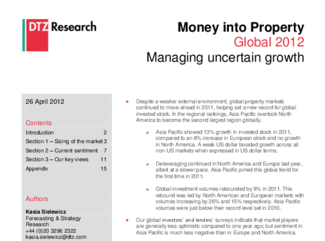 Despite a weaker external environment, global property markets continued to move ahead in 2011, helping set a new record for global invested stock. In the regional rankings, Asia Pacific overtook North America to become the second largest region globally. Asia Pacific showed 13% growth in invested stock in 2011, compared to an 8% increase in European stock and no growth in North America. A weak US dollar boosted growth across all non-US markets when expressed in US dollar terms. Deleveraging continued in North America and Europe last year, albeit at a slower pace. Asia Pacific joined this global trend for the first time in 2011. Global investment volumes rebounded by 9% in 2011. This rebound was led by North American and European markets with volumes increasing by 26% and 15% respectively. Asia Pacific volumes were just below their record level set in 2010. Our global investors’ and lenders’ surveys indicate that market players are generally less optimistic compared to one year ago; but sentiment in Asia Pacific is much less negative than in Europe and North America. In EMEA and North America, a large proportion of lenders expect a decrease in new lending and tighter terms and conditions. Asia Pacific lenders expect more growth reflecting less restrictive credit conditions and a stable regional economic outlook. Investors have become more realistic about growth of their net investments, with a higher proportion expecting a decrease this year, reflecting the return of risk aversion and associated difficulty sourcing prime property.

Time to overweight real estate - The case for property in 2012

The Great Wall of Money : less capital due to lower gearing 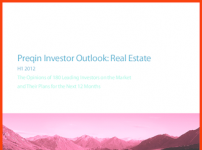 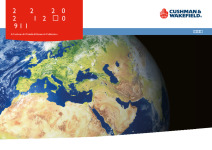 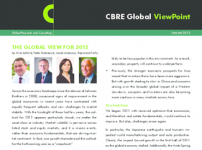