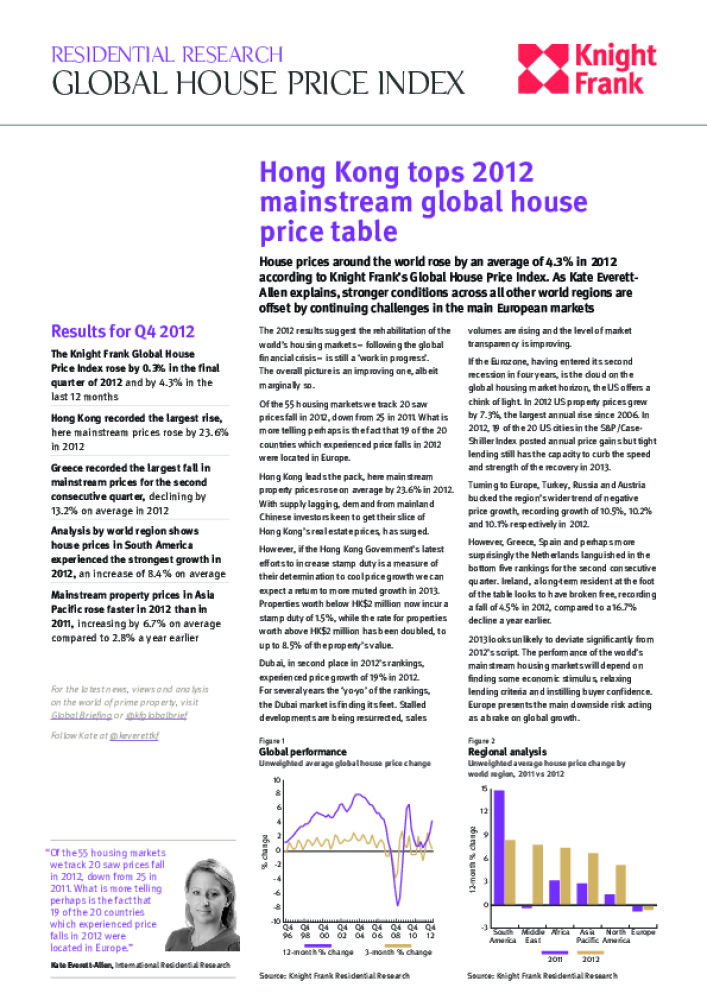 Greece recorded the largest fall in mainstream prices for the second consecutive quarter, declining by 13.2% on average in 2012

Analysis by world region shows house prices in South America experienced the strongest growth in 2012, an increase of 8.4% on average

Mainstream property prices in Asia Pacific rose faster in 2012 than in 2011, increasing by 6.7% on average compared to 2.8% a year earlier