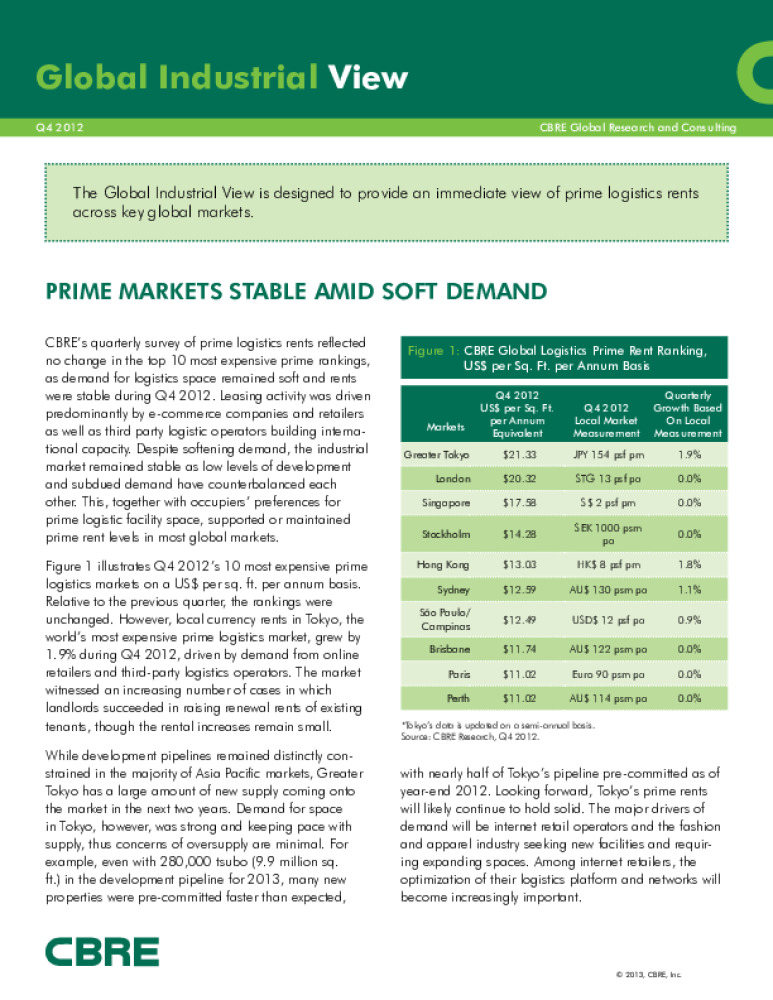 CBRE’s quarterly survey of prime logistics rents reflected no change in the top 10 most expensive prime rankings, as demand for logistics space remained soft and rents were stable during Q4 2012. Leasing activity was driven predominantly by e-commerce companies and retailers as well as third party logistic operators building international capacity. Despite softening demand, the industrial market remained stable as low levels of development and subdued demand have counterbalanced each other. This, together with occupiers’ preferences for prime logistic facility space, supported or maintained prime rent levels in most global markets.