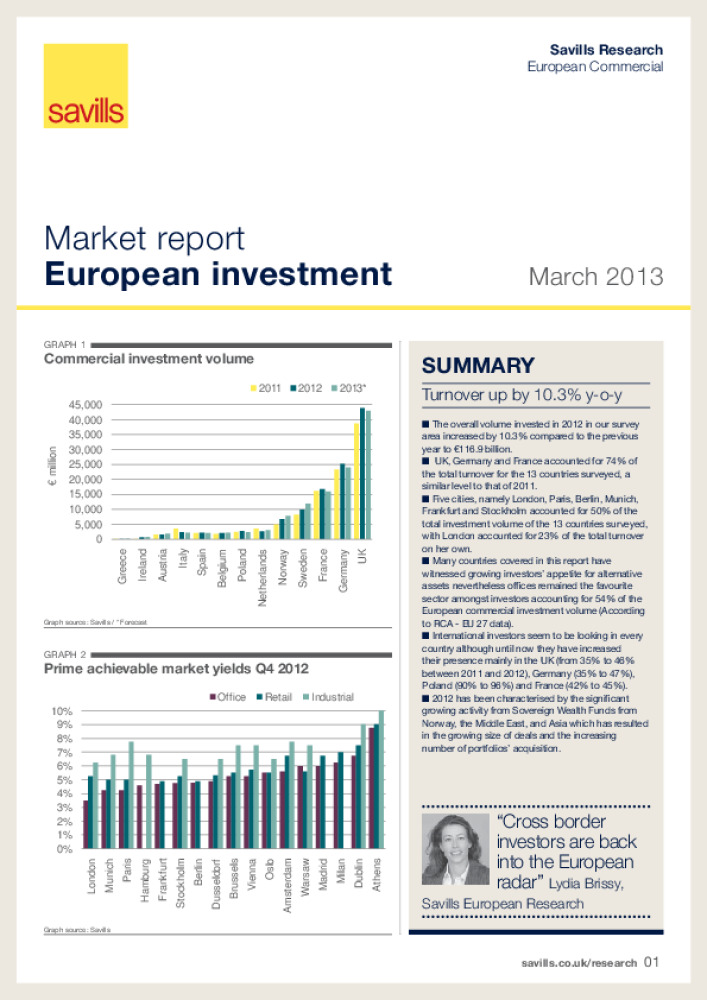 The overall volume invested in 2012 in our survey area increased by 10.3% compared to the previous year to €116.9 billion. UK, Germany and France accounted for 74% of the total turnover for the 13 countries surveyed, a similar level to that of 2011. Five cities, namely London, Paris, Berlin, Munich, Frankfurt and Stockholm accounted for 50% of the total investment volume of the 13 countries surveyed, with London accounted for 23% of the total turnover on her own. Many countries covered in this report have witnessed growing investors’ appetite for alternative assets nevertheless offices remained the favourite sector amongst investors accounting for 54% of the European commercial investment volume (According to RCA - EU 27 data).