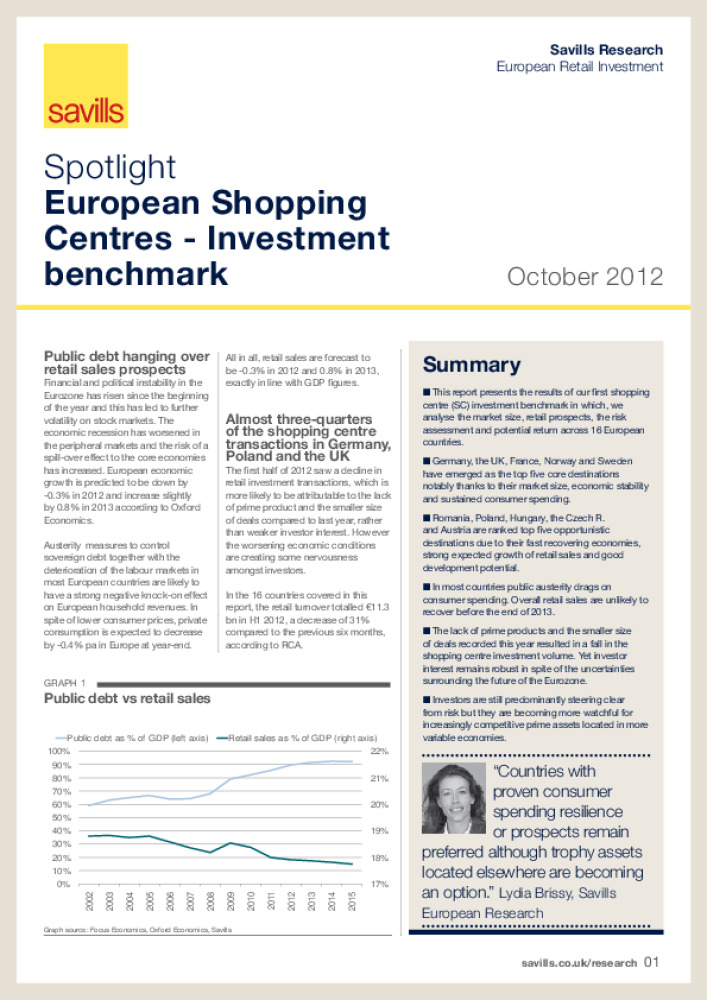 This report presents the results of our first shopping centre (SC) investment benchmark in which, we analyse the market size, retail prospects, the risk assessment and potential return across 16 European countries.

Germany, the UK, France, Norway and Sweden have emerged as the top five core destinations
notably thanks to their market size, economic stability and sustained consumer spending.

In most countries public austerity drags on consumer spending. Overall retail sales are unlikely to
recover before the end of 2013.

The lack of prime products and the smaller size of deals recorded this year resulted in a fall in the shopping centre investment volume. Yet investor interest remains robust in spite of the uncertainties surrounding the future of the Eurozone.