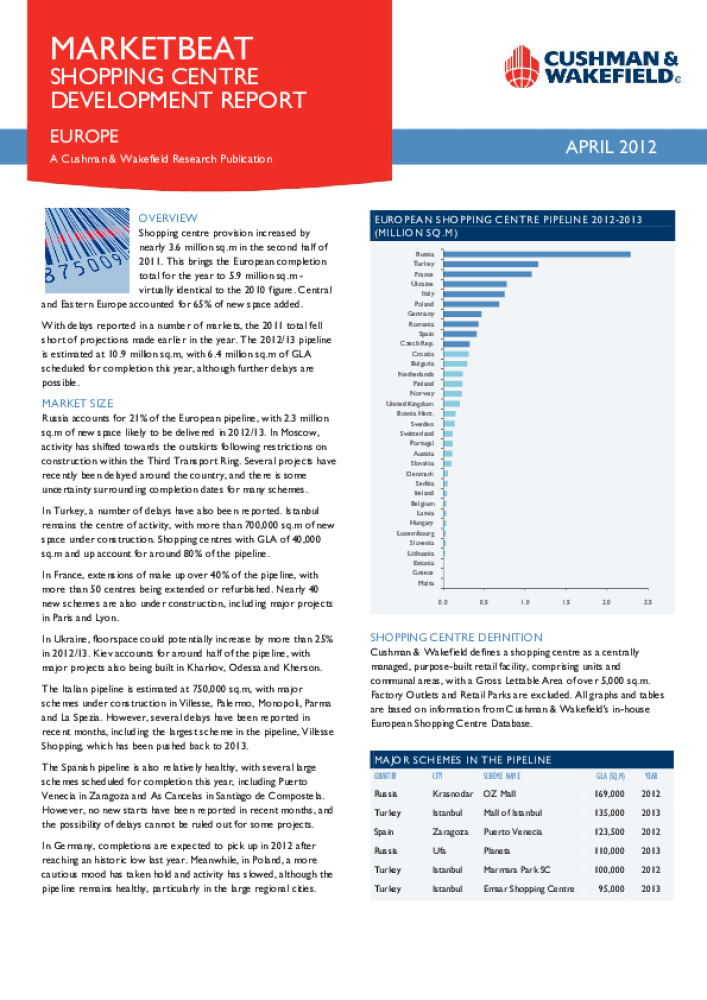 Shopping centre provision increased by nearly 3.6 million sq.m in the second half of 2011. This brings the European completion total for the year to 5.9 million sq.m - virtually identical to the 2010 figure. Central and Eastern Europe accounted for 65% of new space added.

With delays reported in a number of markets, the 2011 total fell short of projections made earlier in the year. The 2012/13 pipeline is estimated at 10.9 million sq.m, with 6.4 million sq.m of GLA scheduled for completion this year, although further delays are possible. 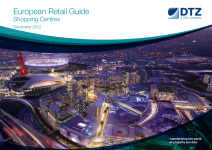