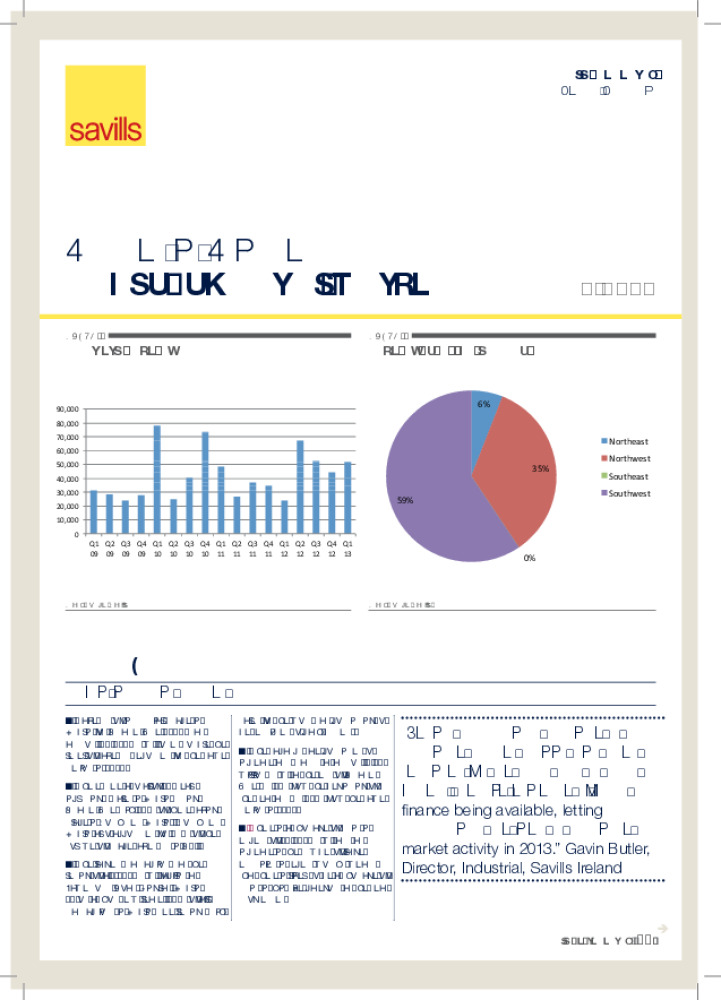 There were a total of 35 deals including 9 sales in Dublin during Quarter One with 45% of these taking place in Southwest Dublin. Southwest Dublin also accounted for 59% of the volume of space taken-up in Q1.