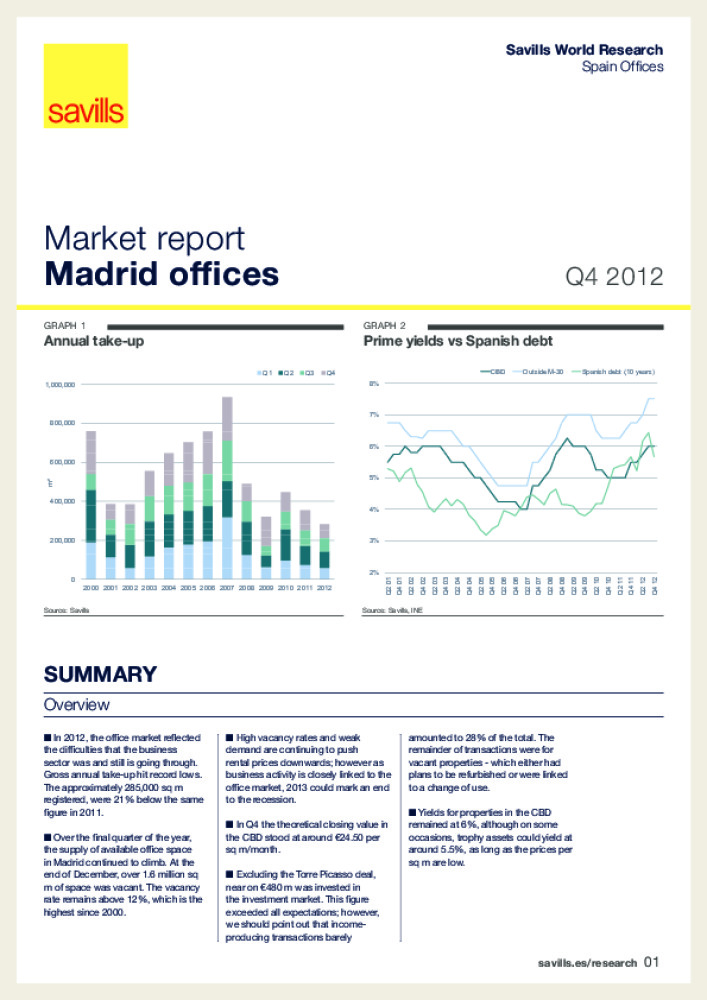 In 2012, the office market reflected the difficulties that the business sector was and still is going through. Gross annual take-up hit record lows. The approximately 285,000 sq m registered, were 21% below the same figure in 2011.

Over the final quarter of the year, the supply of available office space in Madrid continued to climb. At the end of December, over 1.6 million sq m of space was vacant. The vacancy rate remains above 12%, which is the highest since 2000.

High vacancy rates and weak demand are continuing to push rental prices downwards; however as business activity is closely linked to the office market, 2013 could mark an end to the recession.

In Q4 the theoretical closing value in the CBD stood at around €24.50 per sq m/month.

Excluding the Torre Picasso deal, near on €480 m was invested in the investment market. This figure exceeded all expectations; however, we should point out that income-producing transactions barely amounted to 28% of the total. The remainder of transactions were for vacant properties - which either had plans to be refurbished or were linked to a change of use.

Yields for properties in the CBD remained at 6%, although on some occasions, trophy assets could yield at around 5.5%, as long as the prices per sq m are low.