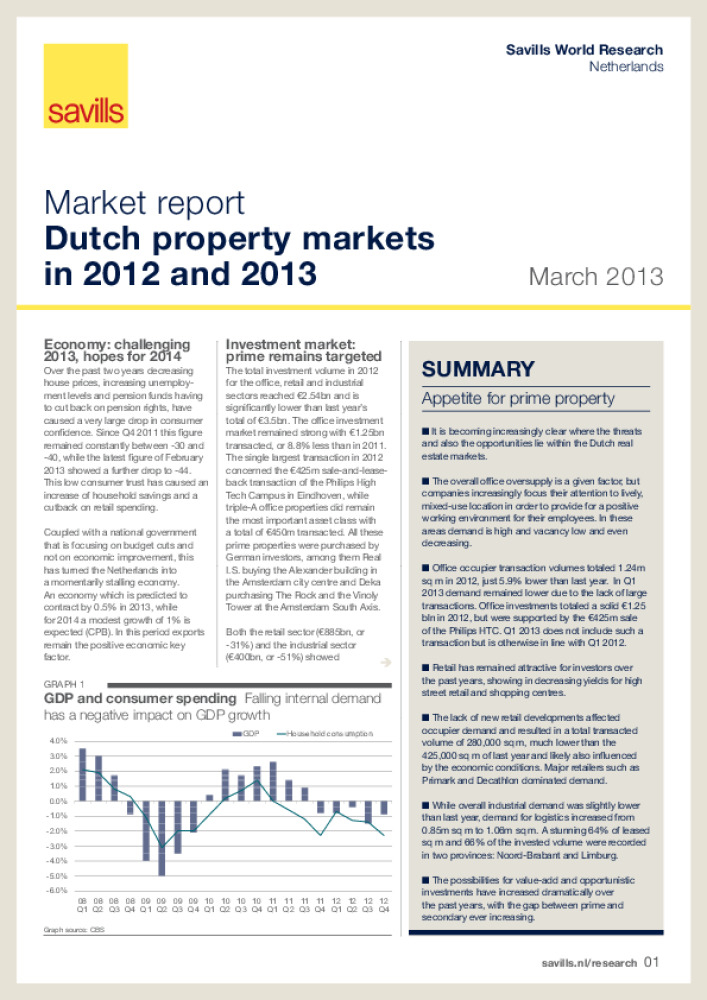 It is becoming increasingly clear where the threats and also the opportunities lie within the Dutch real estate markets.

The overall office oversupply is a given factor, but companies increasingly focus their attention to lively, mixed-use location in order to provide for a positive working environment for their employees. In these areas demand is high and vacancy low and even decreasing.

Retail has remained attractive for investors over the past years, showing in decreasing yields for high street retail and shopping centres.

The lack of new retail developments affected occupier demand and resulted in a total transacted volume of 280,000 sq m, much lower than the 425,000 sq m of last year and likely also influenced by the economic conditions. Major retailers such as Primark and Decathlon dominated demand.

While overall industrial demand was slightly lower than last year, demand for logistics increased from
0.85m sq m to 1.06m sq m. A stunning 64% of leased sq m and 66% of the invested volume were recorded in two provinces: Noord-Brabant and Limburg.

The possibilities for value-add and opportunistic investments have increased dramatically over the past years, with the gap between prime and secondary ever increasing.