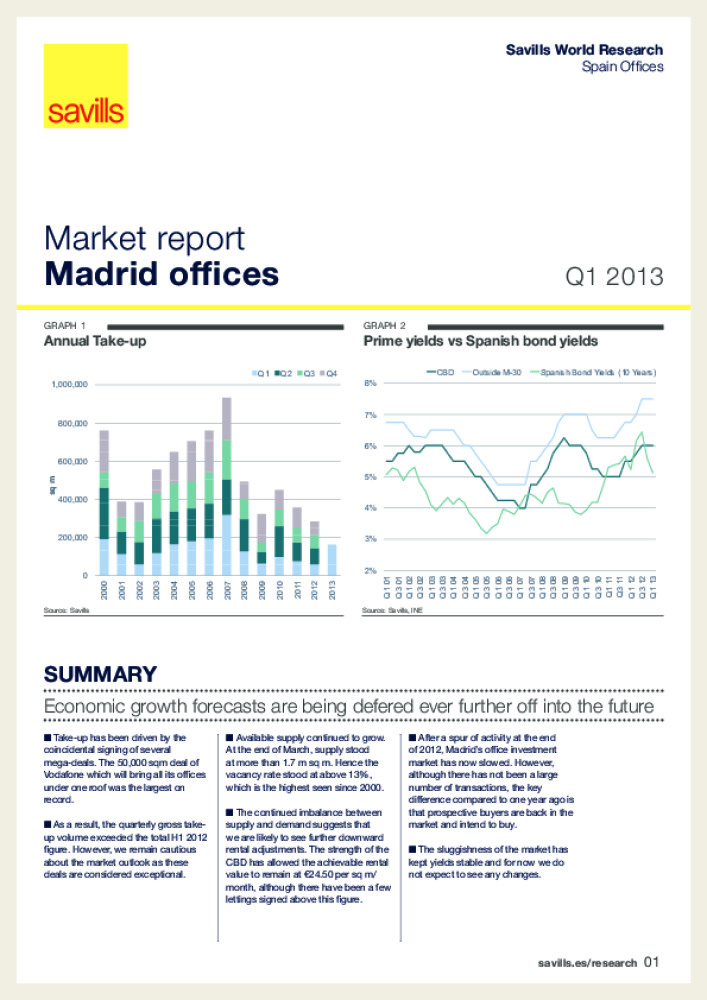 Take-up has been driven by the coincidental signing of several mega-deals. The 50,000 sqm deal of Vodafone which will bring all its offices under one roof was the largest on record.

As a result, the quarterly gross take-up volume exceeded the total H1 2012 figure. However, we remain cautious about the market outlook as these deals are considered exceptional.