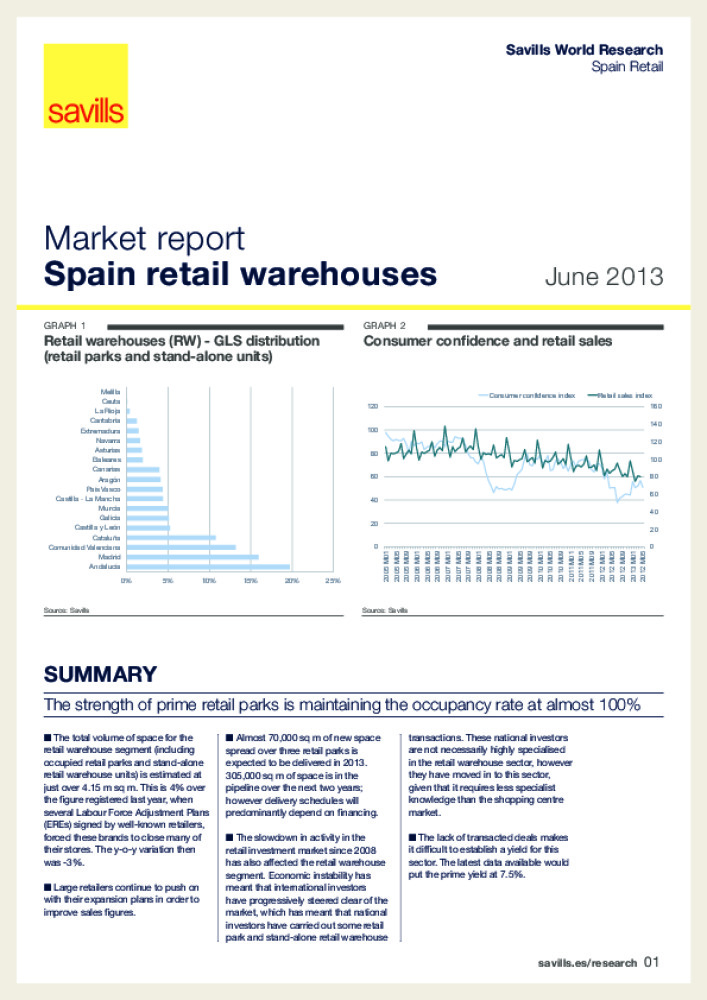 The total volume of space for the retail warehouse segment (including occupied retail parks and stand-alone retail warehouse units) is estimated at just over 4.15 m sq m. This is 4% over the figure registered last year, when several Labour Force Adjustment Plans (EREs) signed by well-known retailers, forced these brands to close many of their stores. The y-o-y variation then was -3%.

Large retailers continue to push on with their expansion plans in order to improve sales figures.
Almost 70,000 sq m of new space spread over three retail parks is expected to be delivered in 2013. 305,000 sq m of space is in the pipeline over the next two years; however delivery schedules will predominantly depend on financing.

The lack of transacted deals makes it difficult to establish a yield for this sector. The latest data available would put the prime yield at 7.5%.