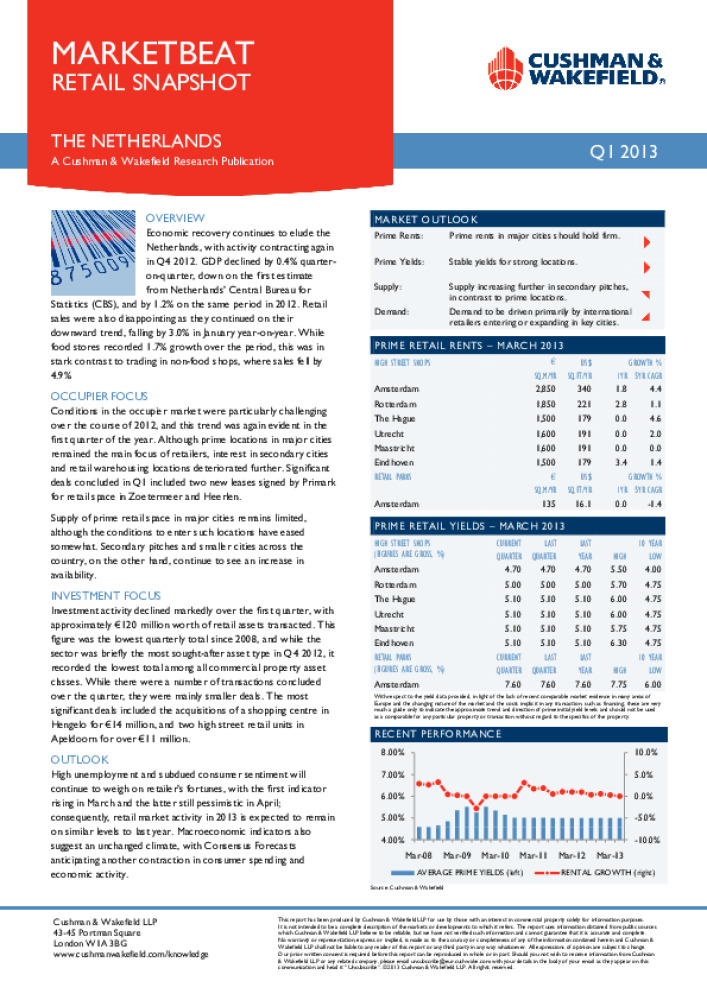 Economic recovery continues to elude the Netherlands, with activity contracting again in Q4 2012. GDP declined by 0.4% quarter-on-quarter, down on the first estimate from Netherlands’ Central Bureau for Statistics (CBS), and by 1.2% on the same period in 2012. Retail sales were also disappointing as they continued on their downward trend, falling by 3.0% in January year-on-year. While food stores recorded 1.7% growth over the period, this was in stark contrast to trading in non-food shops, where sales fell by 4.9%