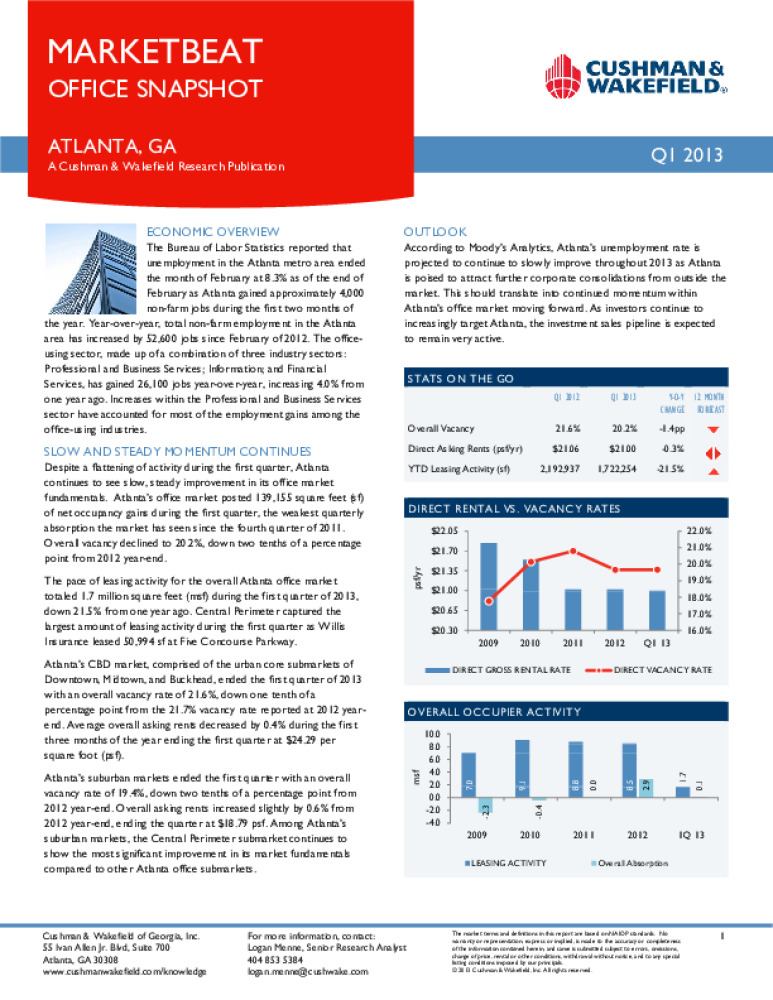 The Bureau of Labor Statistics reported that unemployment in the Atlanta metro area ended the month of February at 8.3% as of the end of February as Atlanta gained approximately 4,000 non-farm jobs during the first two months of the year. Year-over-year, total non-farm employment in the Atlanta area has increased by 52,600 jobs since February of 2012. The officeusing sector, made up of a combination of three industry sectors:
Professional and Business Services; Information; and Financial Services, has gained 26,100 jobs year-over-year, increasing 4.0% from one year ago. Increases within the Professional and Business Services sector have accounted for most of the employment gains among the office-using industries.