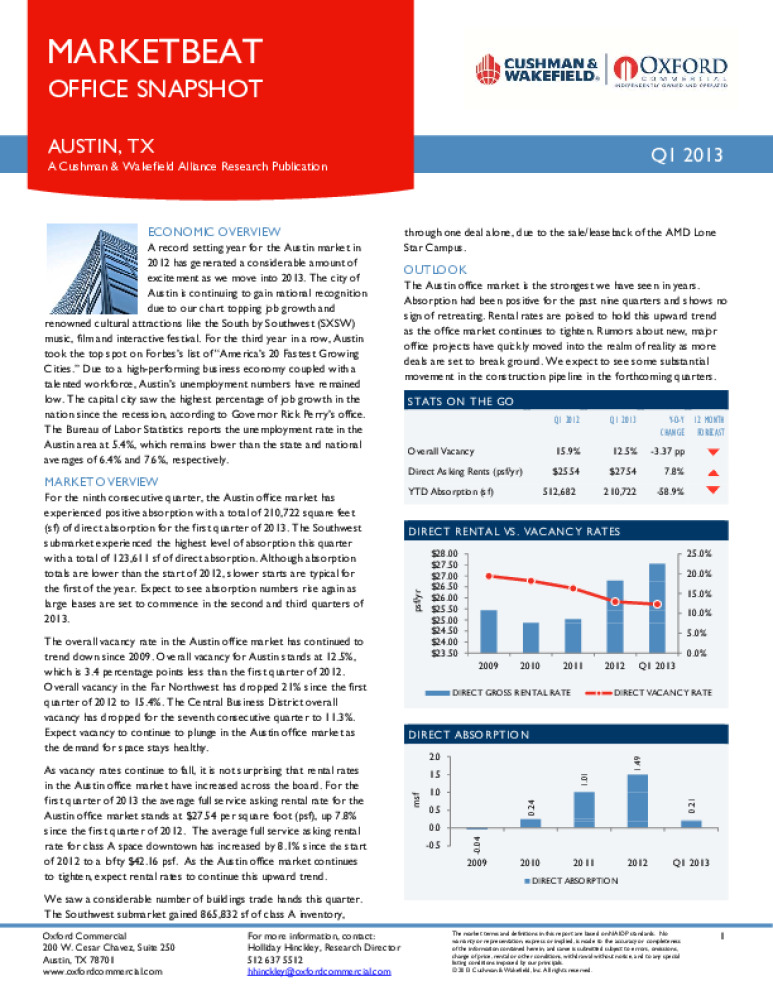 A record setting year for the Austin market in 2012 has generated a considerable amount of excitement as we move into 2013. The city of Austin is continuing to gain national recognition due to our chart topping job growth and renowned cultural attractions like the South by Southwest (SXSW) music, film and interactive festival. For the third year in a row, Austin took the top spot on Forbes’s list of “America’s 20 Fastest Growing Cities.” Due to a high-performing business economy coupled with a talented workforce, Austin’s unemployment numbers have remained low. The capital city saw the highest percentage of job growth in the nation since the recession, according to Governor Rick Perry’s office. The Bureau of Labor Statistics reports the unemployment rate in the Austin area at 5.4%, which remains lower than the state and national averages of 6.4% and 7.6%, respectively.