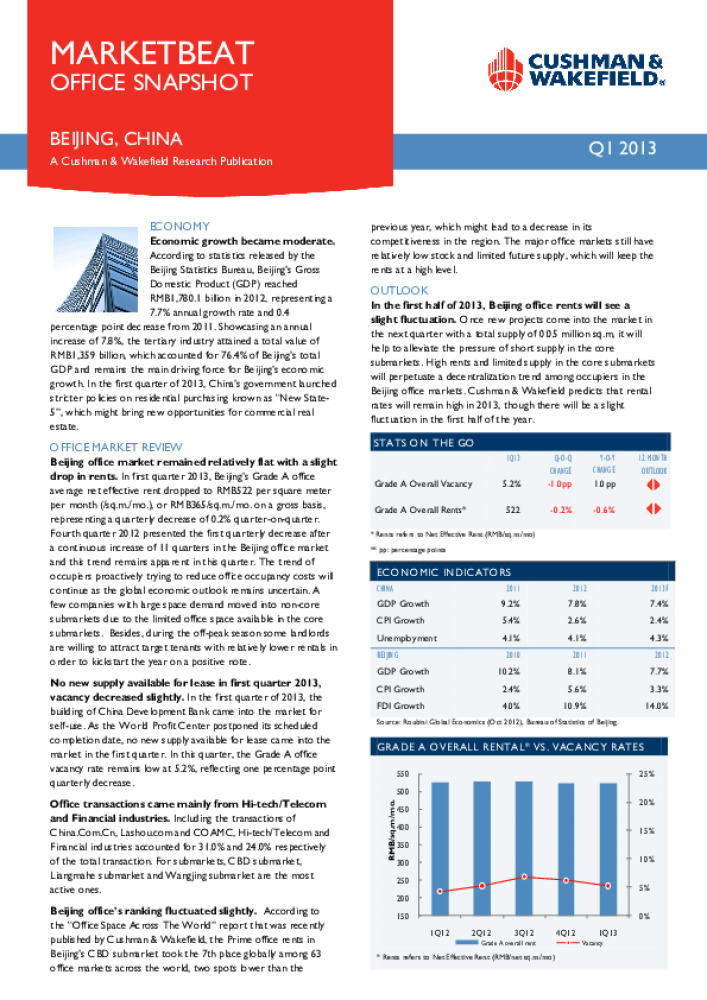 According to statistics released by the Beijing Statistics Bureau, Beijing’s Gross Domestic Product (GDP) reached RMB1,780.1 billion in 2012, representing a 7.7% annual growth rate and 0.4 percentage point decrease from 2011. Showcasing an annual increase of 7.8%, the tertiary industry attained a total value of RMB1,359 billion, which accounted for 76.4% of Beijing’s total GDP and remains the main driving force for Beijing’s economic growth. In the first quarter of 2013, China’s government launched stricter policies on residential purchasing known as “New State-5”, which might bring new opportunities for commercial real estate.