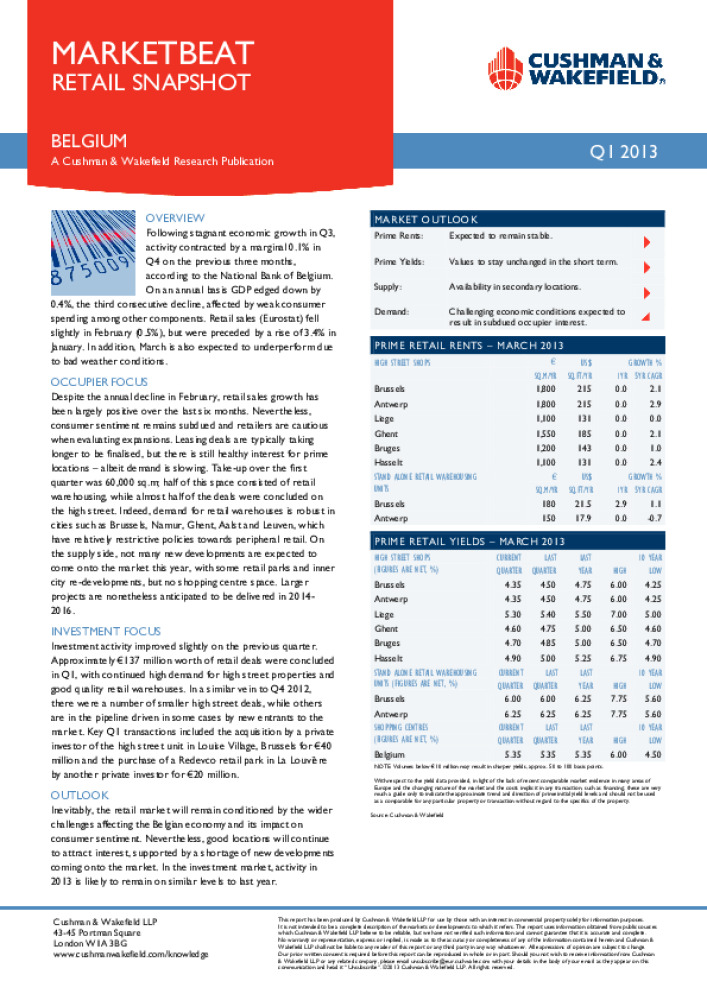 Following stagnant economic growth in Q3, activity contracted by a marginal 0.1% in Q4 on the previous three months, according to the National Bank of Belgium. On an annual basis GDP edged down by 0.4%, the third consecutive decline, affected by weak consumer spending among other components. Retail sales (Eurostat) fell slightly in February (0.5%), but were preceded by a rise of 3.4% in January. In addition, March is also expected to underperform due to bad weather conditions.