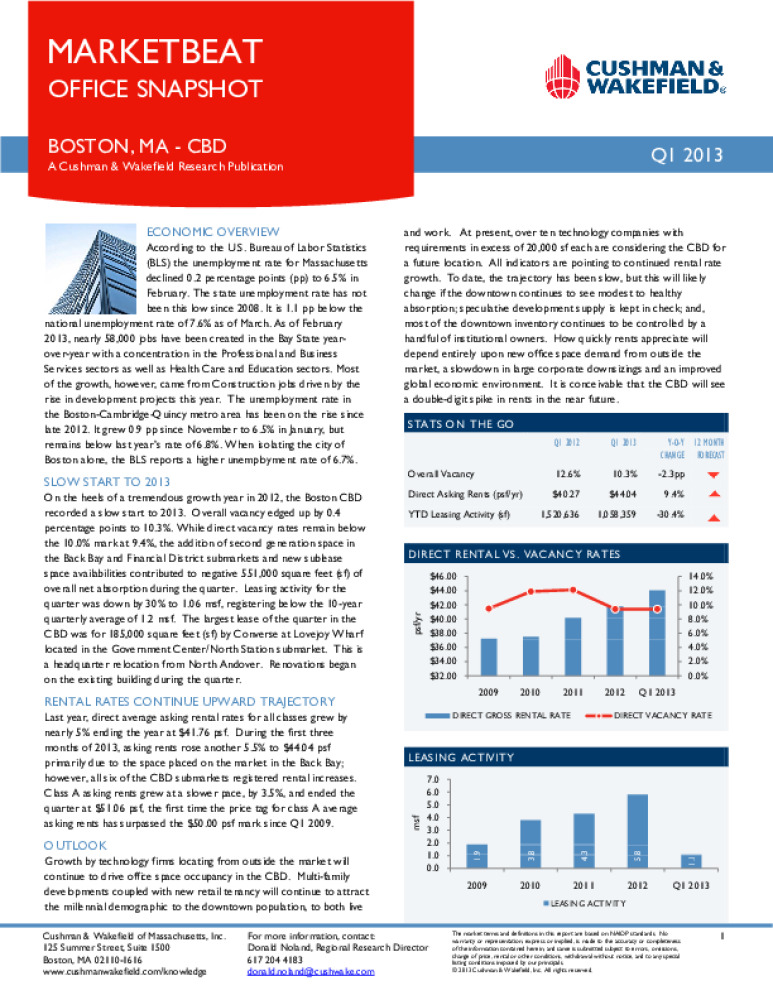 According to the U.S. Bureau of Labor Statistics (BLS) the unemployment rate for Massachusetts declined 0.2 percentage points (pp) to 6.5% in February. The state unemployment rate has not been this low since 2008. It is 1.1 pp below the national unemployment rate of 7.6% as of March. As of February 2013, nearly 58,000 jobs have been created in the Bay State year-over-year with a concentration in the Professional and Business Services sectors as well as Health Care and Education sectors. Most of the growth, however, came from Construction jobs driven by the rise in development projects this year. The unemployment rate in the Boston-Cambridge-Quincy metro area has been on the rise since late 2012. It grew 0.9 pp since November to 6.5% in January, but remains below last year’s rate of 6.8%. When isolating the city of Boston alone, the BLS reports a higher unemployment rate of 6.7%.