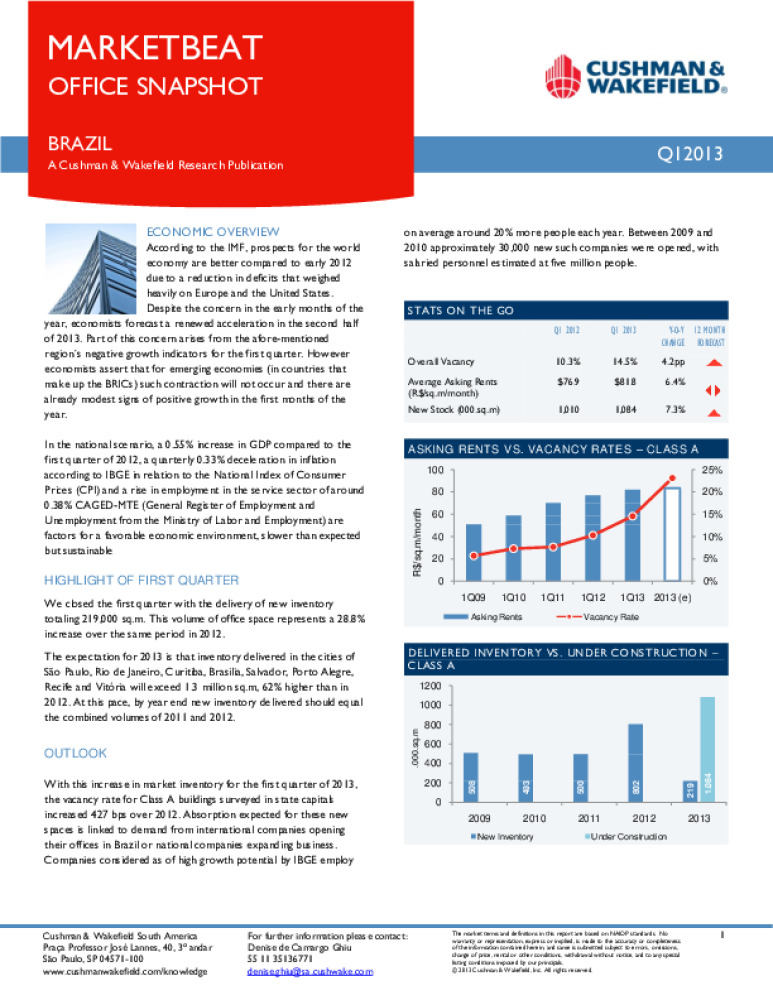 According to the IMF, prospects for the world economy are better compared to early 2012 due to a reduction in deficits that weighed heavily on Europe and the United States. Despite the concern in the early months of the year, economists forecast a renewed acceleration in the second half of 2013. Part of this concern arises from the afore-mentioned region´s negative growth indicators for the first quarter. However economists assert that for emerging economies (in countries that make up the BRICs) such contraction will not occur and there are already modest signs of positive growth in the first months of the year.

In the national scenario, a 0.55% increase in GDP compared to the first quarter of 2012, a quarterly 0.33% deceleration in inflation according to IBGE in relation to the National Index of Consumer Prices (CPI) and a rise in employment in the service sector of around 0.38% CAGED-MTE (General Register of Employment and Unemployment from the Ministry of Labor and Employment) are factors for a favorable economic environment, slower than expected but sustainable