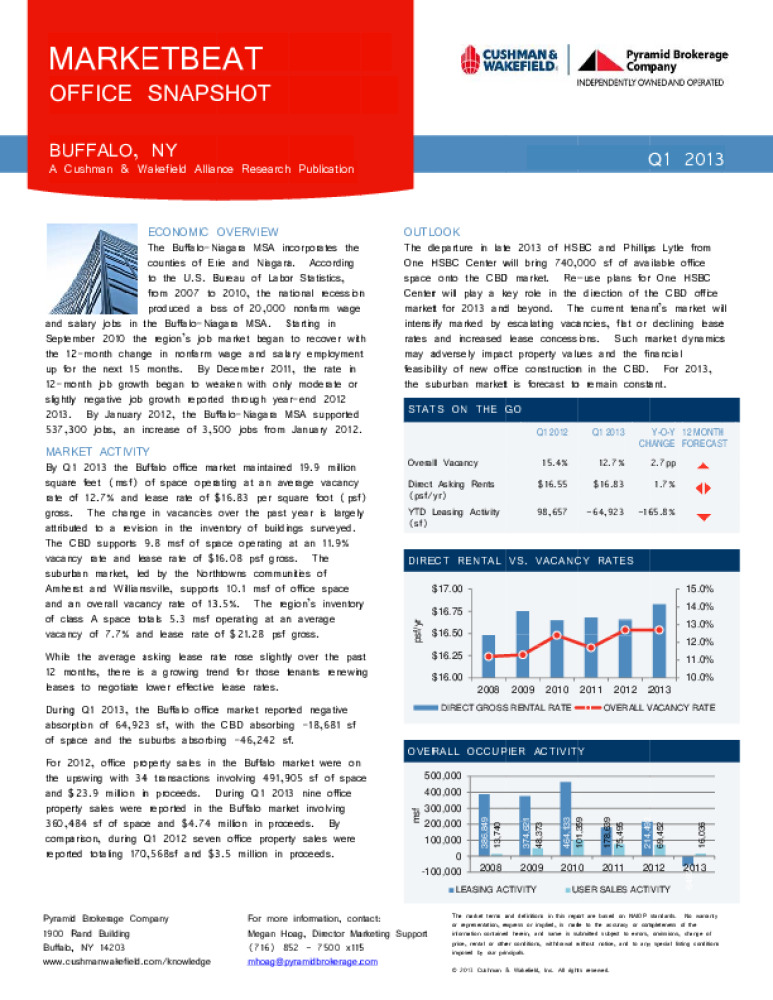 The Buffalo-Niagara MSA incorporates the counties of Erie and Niagara. According to the U.S. Bureau of Labor Statistics, from 2007 to 2010, the national recession produced a loss of 20,000 nonfarm wage and salary jobs in the Buffalo-Niagara MSA. Starting in September 2010 the region's job market began to recover with the 12-month change in nonfarm wage and salary employment up for next 15 months. By December 2011, the rate in 12-month job growth began to weaken with only moderate or slightly negative job growth reported through year-end 2012 2013. By January 2012, the Buffalo-Niagara MSA supported 537,300 jobs, an increase of 3,500 jobs from January 2012.