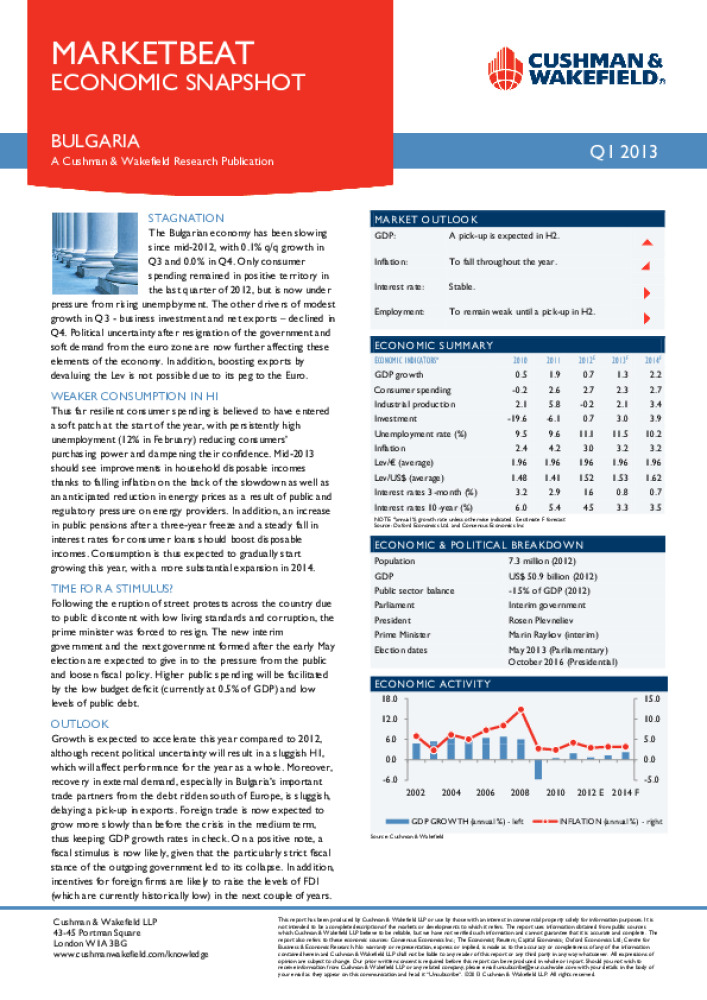 The Bulgarian economy has been slowing since mid-2012, with 0.1% q/q growth in Q3 and 0.0% in Q4. Only consumer spending remained in positive territory in the last quarter of 2012, but is now under pressure from rising unemployment. The other drivers of modest growth in Q3 - business investment and net exports – declined in Q4. Political uncertainty after resignation of the government and soft demand from the euro zone are now further affecting these elements of the economy. In addition, boosting exports by devaluing the Lev is not possible due to its peg to the Euro.