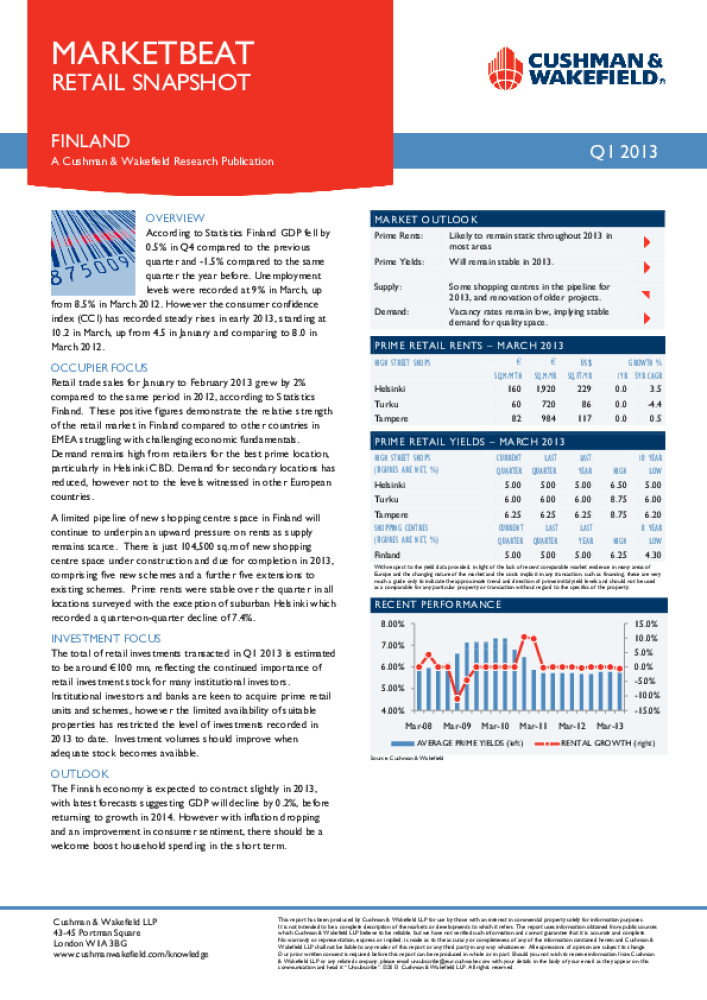 According to Statistics Finland GDP fell by 0.5% in Q4 compared to the previous quarter and -1.5% compared to the same quarter the year before. Unemployment levels were recorded at 9% in March, up from 8.5% in March 2012. However the consumer confidence index (CCI) has recorded steady rises in early 2013, standing at 10.2 in March, up from 4.5 in January and comparing to 8.0 in March 2012.