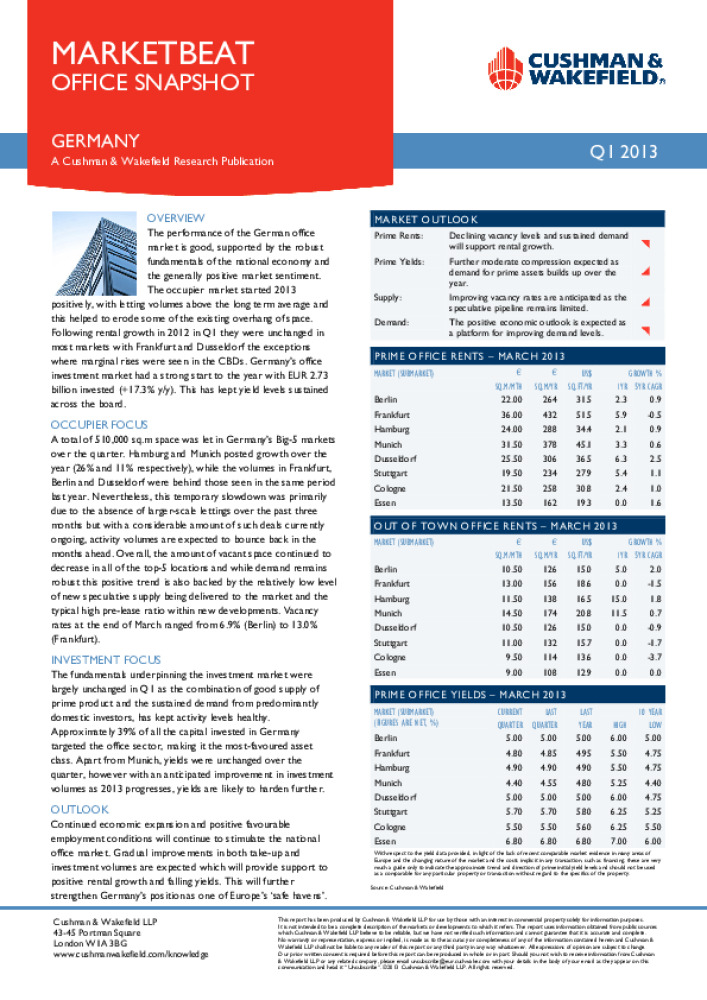 The performance of the German office market is good, supported by the robust fundamentals of the national economy and the generally positive market sentiment. The occupier market started 2013 positively, with letting volumes above the long term average and this helped to erode some of the existing overhang of space. Following rental growth in 2012 in Q1 they were unchanged in most markets with Frankfurt and Dusseldorf the exceptions where marginal rises were seen in the CBDs. Germany’s office investment market had a strong start to the year with EUR 2.73 billion invested (+17.3% y/y). This has kept yield levels sustained across the board. 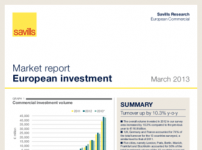