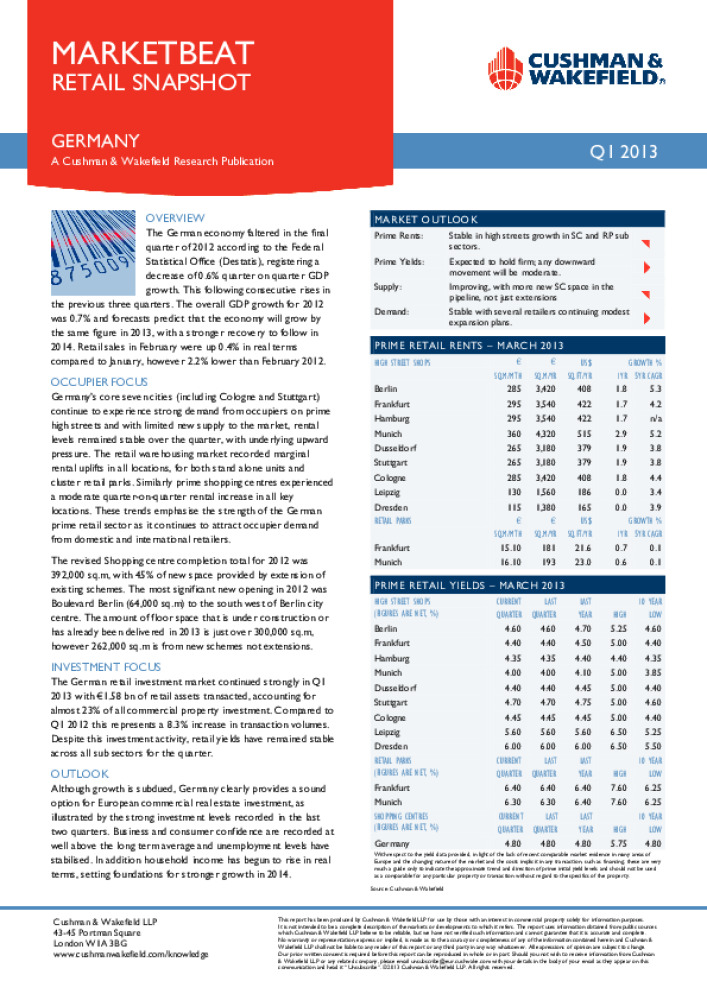 The German economy faltered in the final quarter of 2012 according to the Federal Statistical Office (Destatis), registering a decrease of 0.6% quarter on quarter GDP growth. This following consecutive rises in the previous three quarters. The overall GDP growth for 2012 was 0.7% and forecasts predict that the economy will grow by the same figure in 2013, with a stronger recovery to follow in 2014. Retail sales in February were up 0.4% in real terms compared to January, however 2.2% lower than February 2012.