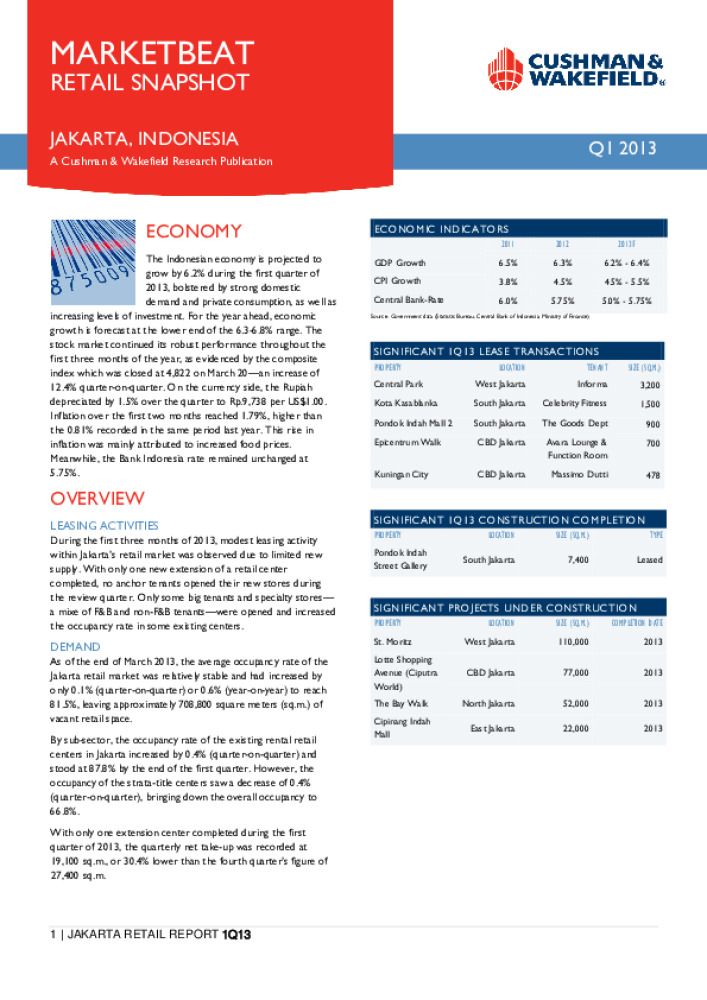 The Indonesian economy is projected to grow by 6.2% during the first quarter of 2013, bolstered by strong domestic demand and private consumption, as well as increasing levels of investment. For the year ahead, economic growth is forecast at the lower end of the 6.3-6.8% range. The stock market continued its robust performance throughout the first three months of the year, as evidenced by the composite index which was closed at 4,822 on March 20—an increase of 12.4% quarter-on-quarter. On the currency side, the Rupiah depreciated by 1.5% over the quarter to Rp.9,738 per US$1.00. Inflation over the first two months reached 1.79%, higher than the 0.81% recorded in the same period last year. This rise in inflation was mainly attributed to increased food prices. Meanwhile, the Bank Indonesia rate remained unchanged at 5.75%.