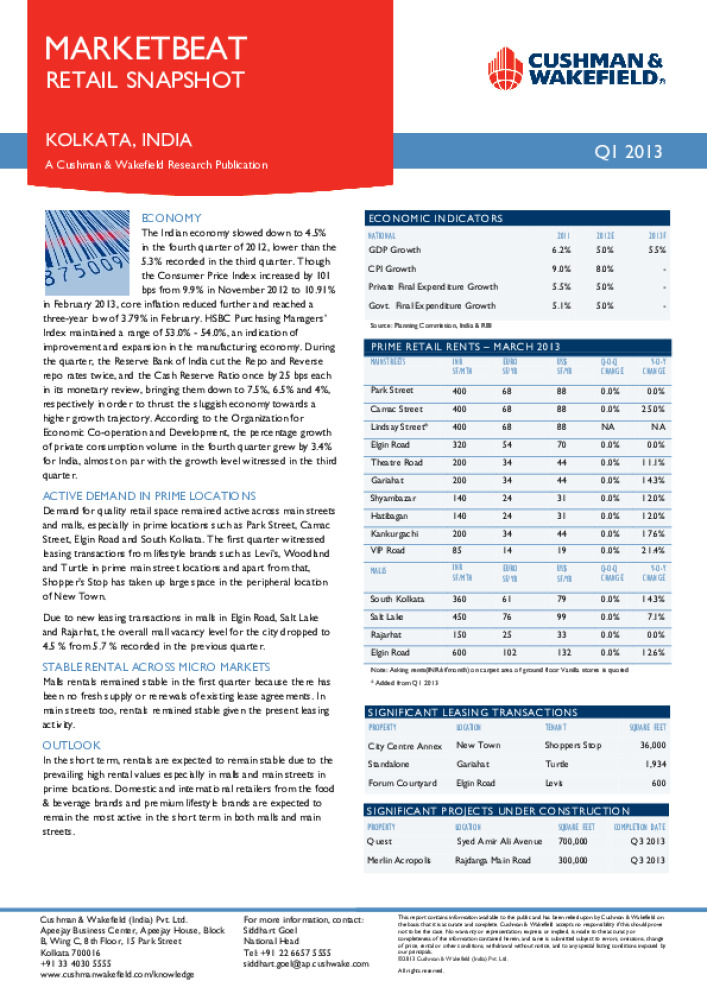 The Indian economy slowed down to 4.5% in the fourth quarter of 2012, lower than the 5.3% recorded in the third quarter. Though the Consumer Price Index increased by 101 bps from 9.9% in November 2012 to 10.91% in February 2013, core inflation reduced further and reached a three-year low of 3.79% in February. HSBC Purchasing Managers’ Index maintained a range of 53.0% - 54.0%, an indication of improvement and expansion in the manufacturing economy.