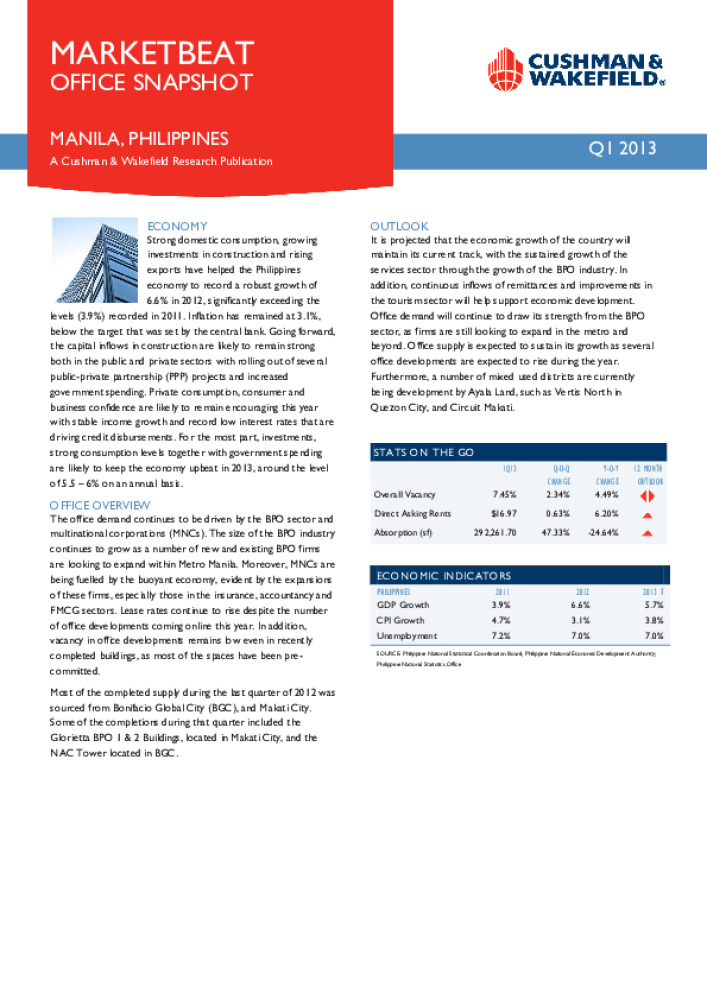 Strong domestic consumption, growing investments in construction and rising exports have helped the Philippines economy to record a robust growth of 6.6% in 2012, significantly exceeding the levels (3.9%) recorded in 2011. Inflation has remained at 3.1%, below the target that was set by the central bank. Going forward, the capital inflows in construction are likely to remain strong both in the public and private sectors with rolling out of several public-private partnership (PPP) projects and increased government spending.