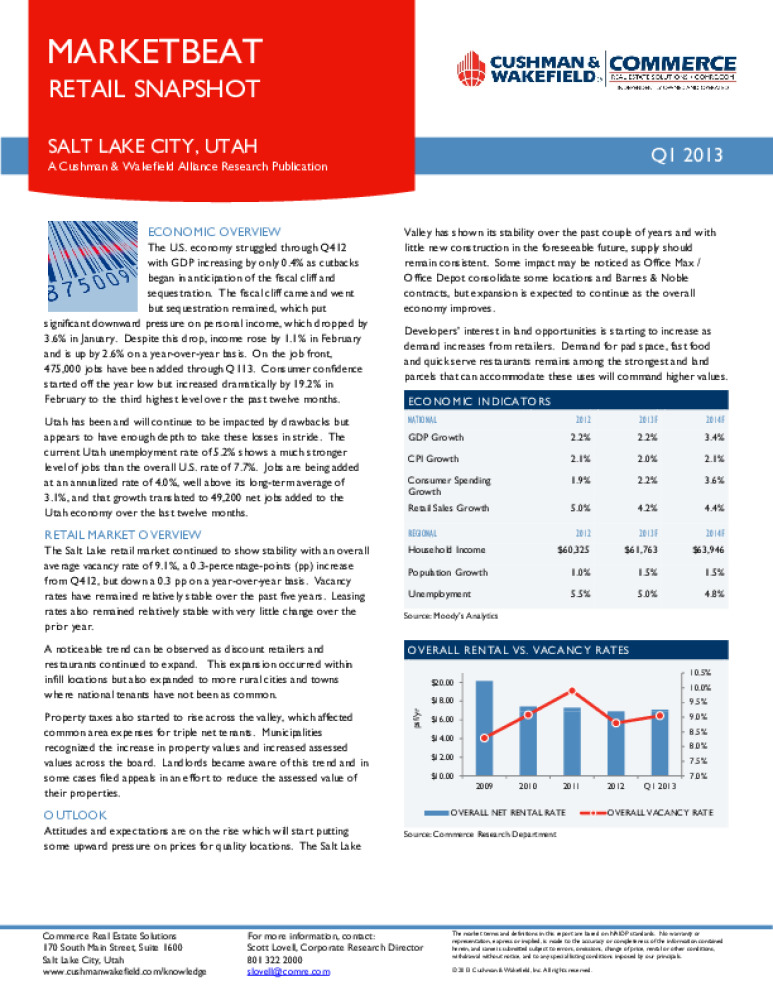 The U.S. economy struggled through Q412 with GDP increasing by only 0.4% as cutbacks began in anticipation of the fiscal cliff and sequestration. The fiscal cliff came and went but sequestration remained, which put significant downward pressure on personal income, which dropped by 3.6% in January. Despite this drop, income rose by 1.1% in February and is up by 2.6% on a year-over-year basis. On the job front, 475,000 jobs have been added through Q113. Consumer confidence started off the year low but increased dramatically by 19.2% in
February to the third highest level over the past twelve months.