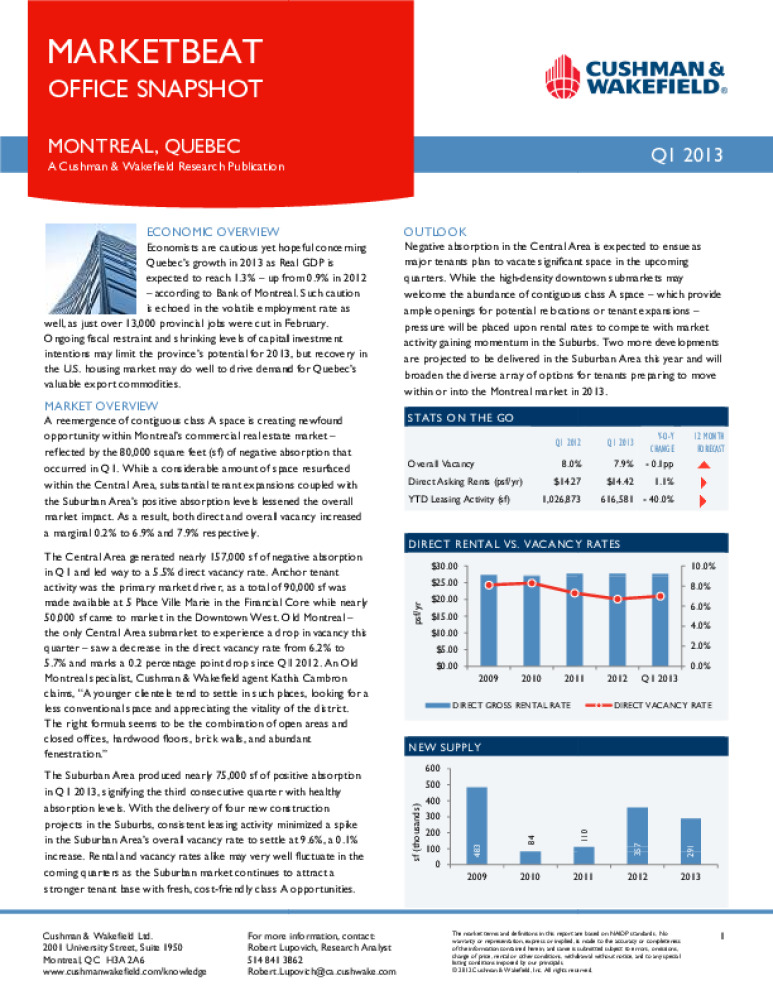 Economists are cautious yet hopeful concerning Quebec’s growth in 2013 as Real GDP is expected to reach 1.3% – up from 0.9% in 2012 – according to Bank of Montreal. Such caution is echoed in the volatile employment rate as well, as just over 13,000 provincial jobs were cut in February. Ongoing fiscal restraint and shrinking levels of capital investment intentions may limit the province’s potential for 2013, but recovery in the U.S. housing market may do well to drive demand for Quebec’s valuable export commodities.