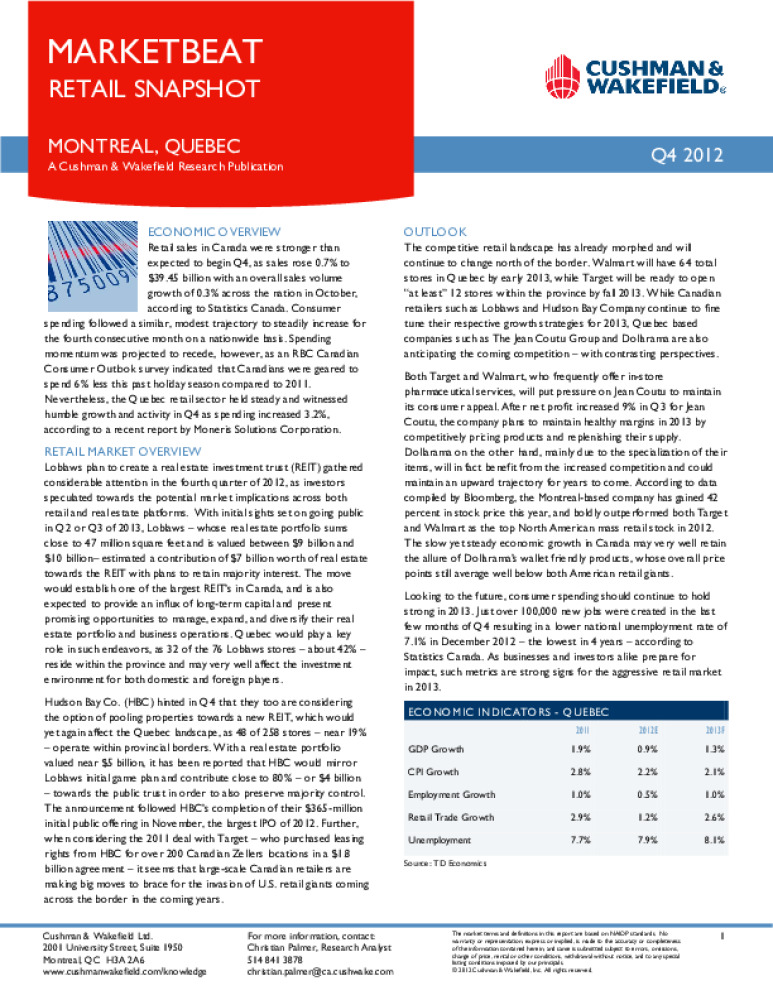 Retail sales in Canada were stronger than expected to begin Q4, as sales rose 0.7% to $39.45 billion with an overall sales volume growth of 0.3% across the nation in October, according to Statistics Canada. Consumer spending followed a similar, modest trajectory to steadily increase for the fourth consecutive month on a nationwide basis. Spending momentum was projected to recede, however, as an RBC Canadian Consumer Outlook survey indicated that Canadians were geared to spend 6% less this past holiday season compared to 2011. Nevertheless, the Quebec retail sector held steady and witnessed humble growth and activity in Q4 as spending increased 3.2%, according to a recent report by Moneris Solutions Corporation.