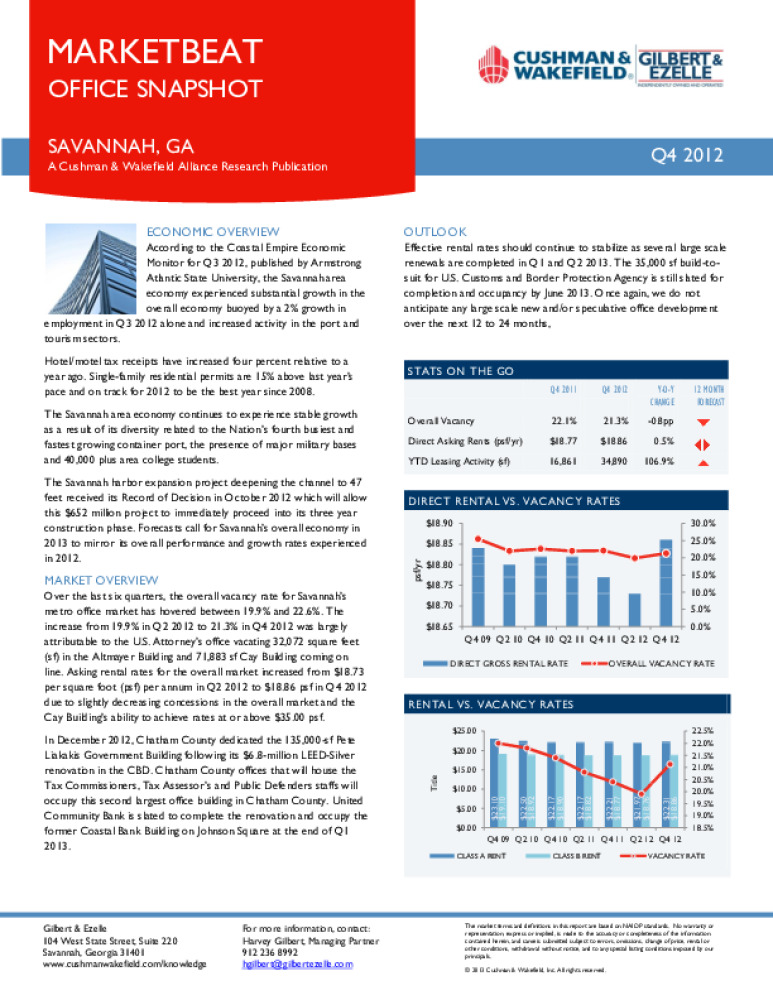 According to the Coastal Empire Economic Monitor for Q3 2012, published by Armstrong Atlantic State University, the Savannah area economy experienced substantial growth in the overall economy buoyed by a 2% growth in employment in Q3 2012 alone and increased activity in the port and tourism sectors.

Hotel/motel tax receipts have increased four percent relative to a year ago. Single-family residential permits are 15% above last year’s pace and on track for 2012 to be the best year since 2008.