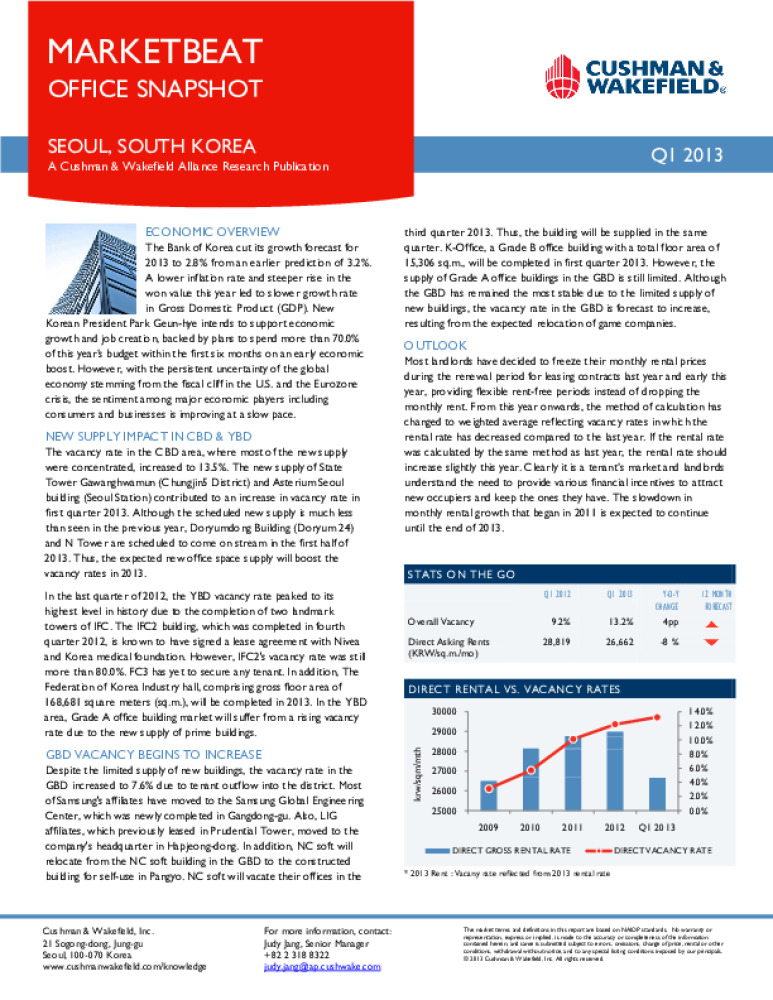 The Bank of Korea cut its growth forecast for 2013 to 2.8% from an earlier prediction of 3.2%. A lower inflation rate and steeper rise in the won value this year led to slower growth rate in Gross Domestic Product (GDP). New Korean President Park Geun-hye intends to support economic growth and job creation, backed by plans to spend more than 70.0% of this year’s budget within the first six months on an early economic boost. However, with the persistent uncertainty of the global economy stemming from the fiscal cliff in the U.S. and the Eurozone crisis, the sentiment among major economic players including consumers and businesses is improving at a slow pace.