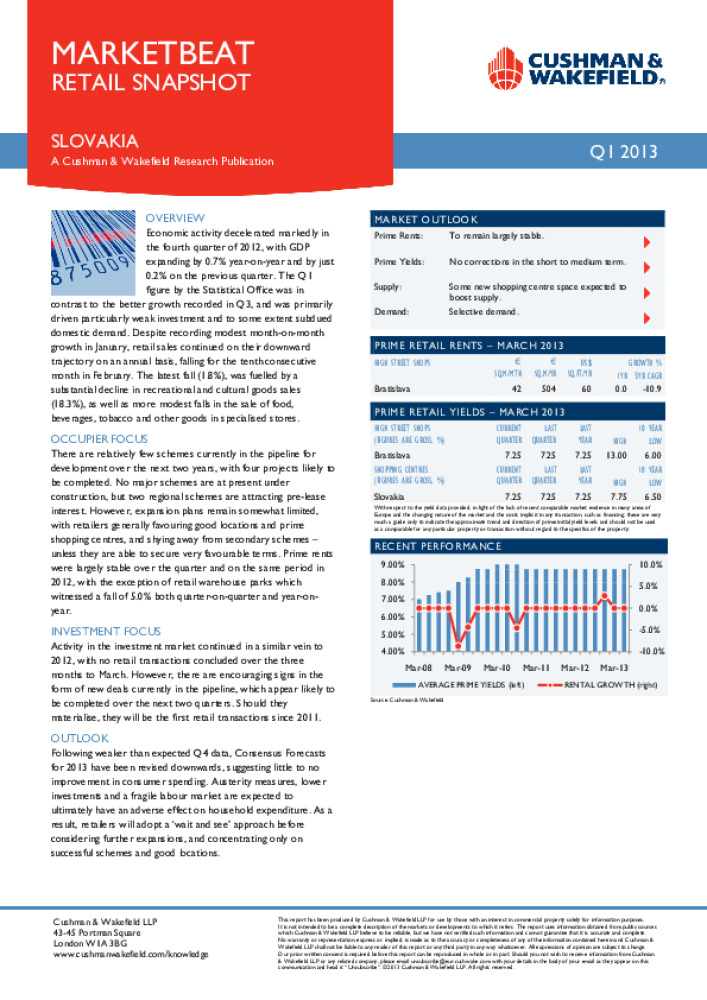 Economic activity decelerated markedly in the fourth quarter of 2012, with GDP expanding by 0.7% year-on-year and by just 0.2% on the previous quarter. The Q1 figure by the Statistical Office was in contrast to the better growth recorded in Q3, and was primarily driven particularly weak investment and to some extent subdued domestic demand. Despite recording modest month-on-month growth in January, retail sales continued on their downward trajectory on an annual basis, falling for the tenth consecutive month in February. The latest fall (1.8%), was fuelled by a substantial decline in recreational and cultural goods sales (18.3%), as well as more modest falls in the sale of food, beverages, tobacco and other goods in specialised stores.