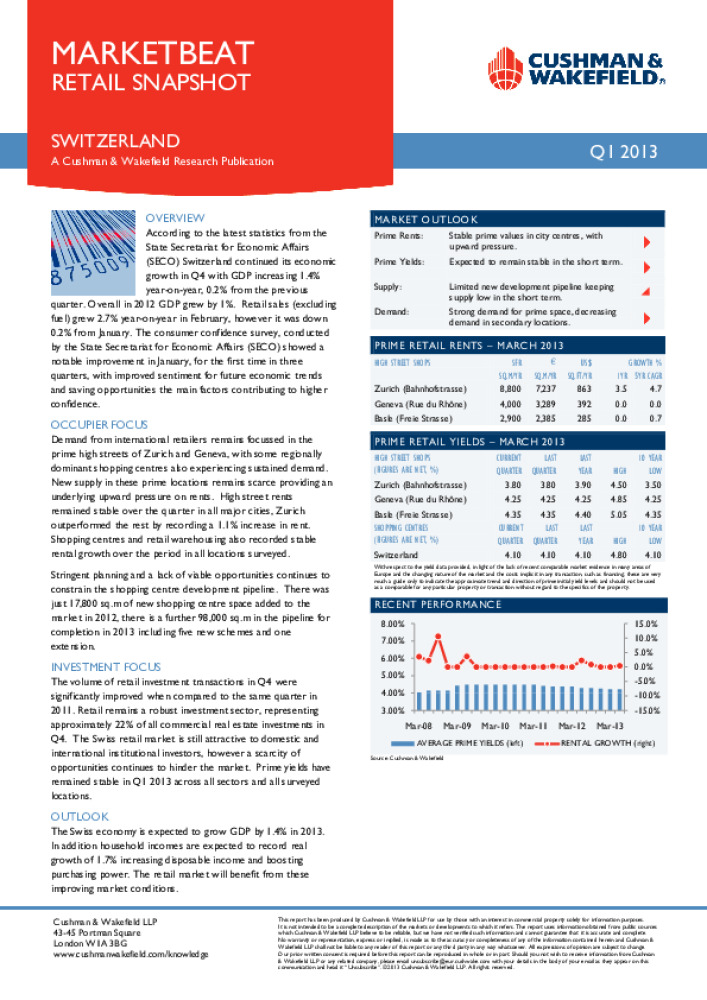 According to the latest statistics from the State Secretariat for Economic Affairs (SECO) Switzerland continued its economic growth in Q4 with GDP increasing 1.4% year-on-year, 0.2% from the previous quarter. Overall in 2012 GDP grew by 1%. Retail sales (excluding fuel) grew 2.7% year-on-year in February, however it was down 0.2% from January. The consumer confidence survey, conducted by the State Secretariat for Economic Affairs (SECO) showed a notable improvement in January, for the first time in three quarters, with improved sentiment for future economic trends and saving opportunities the main factors contributing to higher confidence.