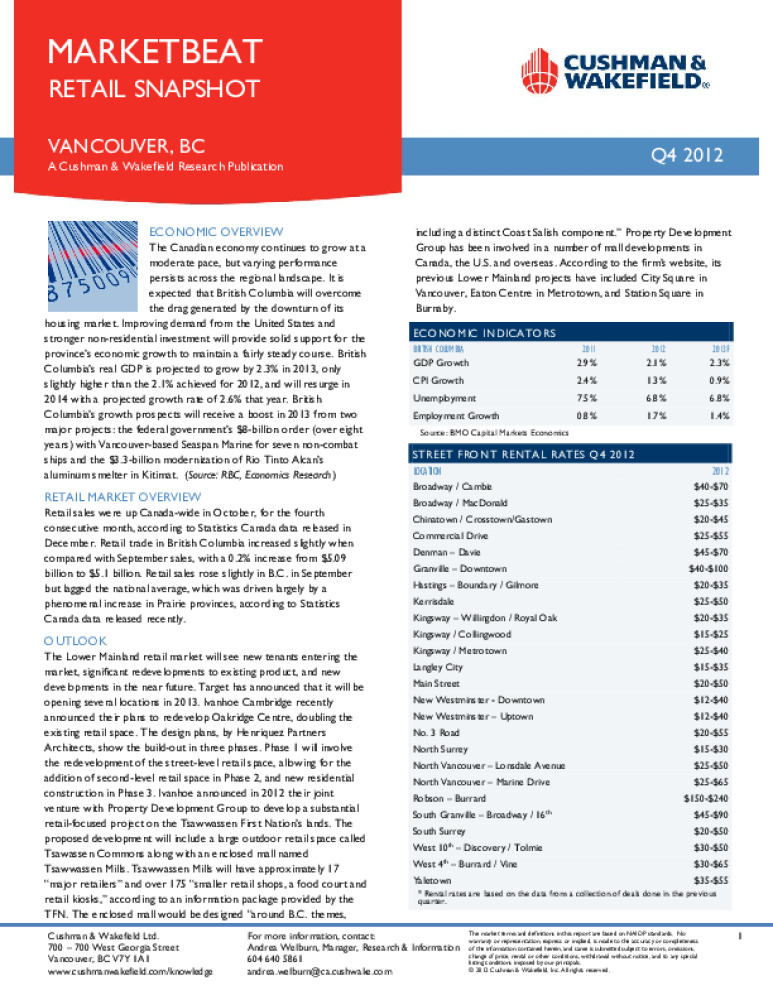 The Canadian economy continues to grow at a moderate pace, but varying performance persists across the regional landscape. It is expected that British Columbia will overcome the drag generated by the downturn of its housing market. Improving demand from the United States and stronger non-residential investment will provide solid support for the province’s economic growth to maintain a fairly steady course. British Columbia’s real GDP is projected to grow by 2.3% in 2013, only slightly higher than the 2.1% achieved for 2012, and will resurge in 2014 with a projected growth rate of 2.6% that year.