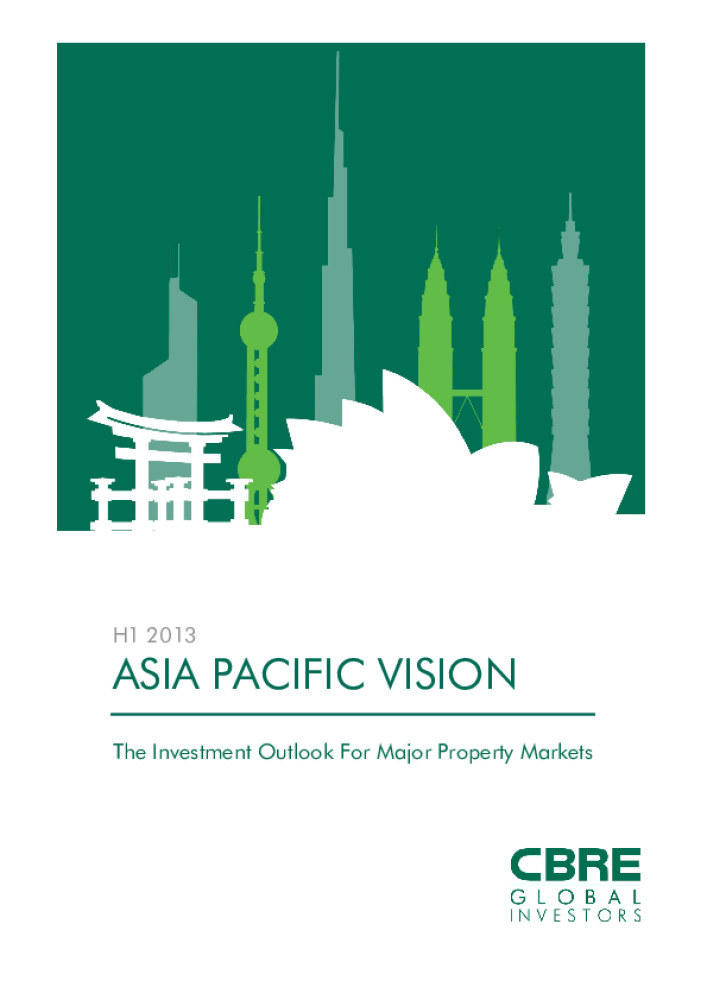 Despite a solid year of economic performance in 2012 amid global uncertainties of both the U.S. fiscal cliff and the Eurozone debt crisis, the Asia Pacific witnessed a major slowdown in early 2013. Many forecasting agencies, including the Economist Intelligence Unit (EIU), have slightly lowered their 2013 GDP growth expectations for the region as a whole. The amount of importance of domestic demand within Asia Pacific is expected to rise, as the ongoing structural shift of consumption driven economies continues. The EIU forecasts the Asia Pacific region to grow by 4.6% and 4.9% for 2013 and 2014 respectively. Consensus Economics (as of May 2013) is sharing similar view, with the mean forecast of GDP growth at 4.7% and 4.9% for 2013 and 2014 for the full Asia Pacific region. Excluding Japan, the regional growth rate is even higher at 6.4% and 6.6% for this year and the following year.

A number of the region’s economies are forecast to grow below their respective historic trends in the next few years, notably China, South Korea, Hong Kong and Singapore. On the other hand, forecast growth in Japan for the next few years is expected to double its own historic GDP growth trends with the introduction of a powerful monetary easing program under the Abe administration. Some South East Asian countries have had their growth prospects upgraded in recent months, notably Malaysia, while Indonesia and Thailand are also likely to see an acceleration of their growth rates relative to respective trends over the next five years.