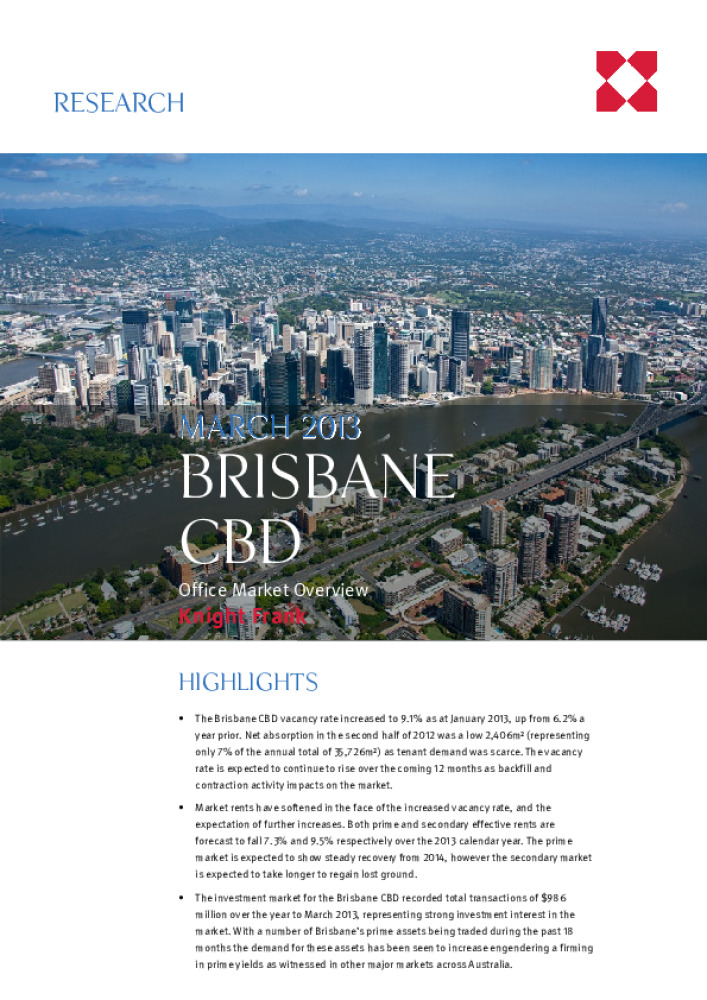 The Brisbane CBD vacancy rate increased to 9.1% as at January 2013, up from 6.2% a year prior. Net absorption in the second half of 2012 was a low 2,406m² (representing only 7% of the annual total of 35,726m²) as tenant demand was scarce. The vacancy rate is expected to continue to rise over the coming 12 months as backfill and contraction activity impacts on the market.

Market rents have softened in the face of the increased vacancy rate, and the expectation of further increases. Both prime and secondary effective rents are forecast to fall 7.3% and 9.5% respectively over the 2013 calendar year. The prime market is expected to show steady recovery from 2014, however the secondary market is expected to take longer to regain lost ground.

The investment market for the Brisbane CBD recorded total transactions of $986 million over the year to March 2013, representing strong investment interest in the market. With a number of Brisbane’s prime assets being traded during the past 18 months the demand for these assets has been seen to increase engendering a firming in prime yields as witnessed in other major markets across Australia.