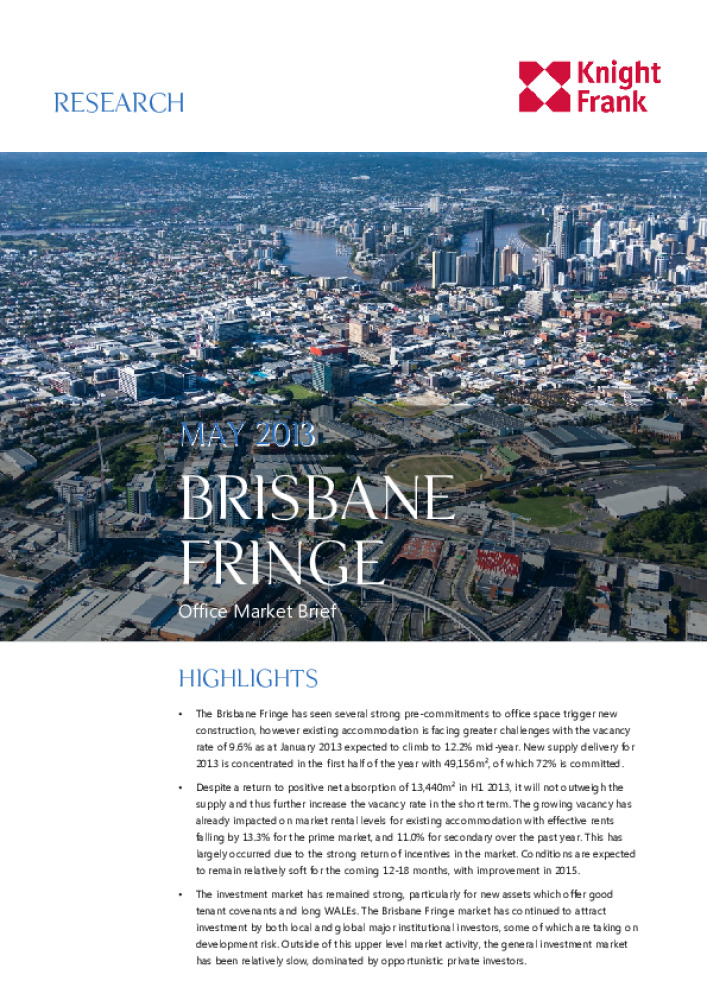 The Brisbane Fringe has seen several strong pre-commitments to office space trigger new construction, however existing accommodation is facing greater challenges with the vacancy rate of 9.6% as at January 2013 expected to climb to 12.2% mid-year. New supply delivery for 2013 is concentrated in the first half of the year with 49,156m², of which 72% is committed.

Despite a return to positive net absorption of 13,440m² in H1 2013, it will not outweigh the supply and thus further increase the vacancy rate in the short term. The growing vacancy has already impacted on market rental levels for existing accommodation with effective rents falling by 13.3% for the prime market, and 11.0% for secondary over the past year. This has largely occurred due to the strong return of incentives in the market. Conditions are expected to remain relatively soft for the coming 12-18 months, with improvement in 2015.

The investment market has remained strong, particularly for new assets which offer good tenant covenants and long WALEs. The Brisbane Fringe market has continued to attract investment by both local and global major institutional investors, some of which are taking on development risk. Outside of this upper level market activity, the general investment market has been relatively slow, dominated by opportunistic private investors.