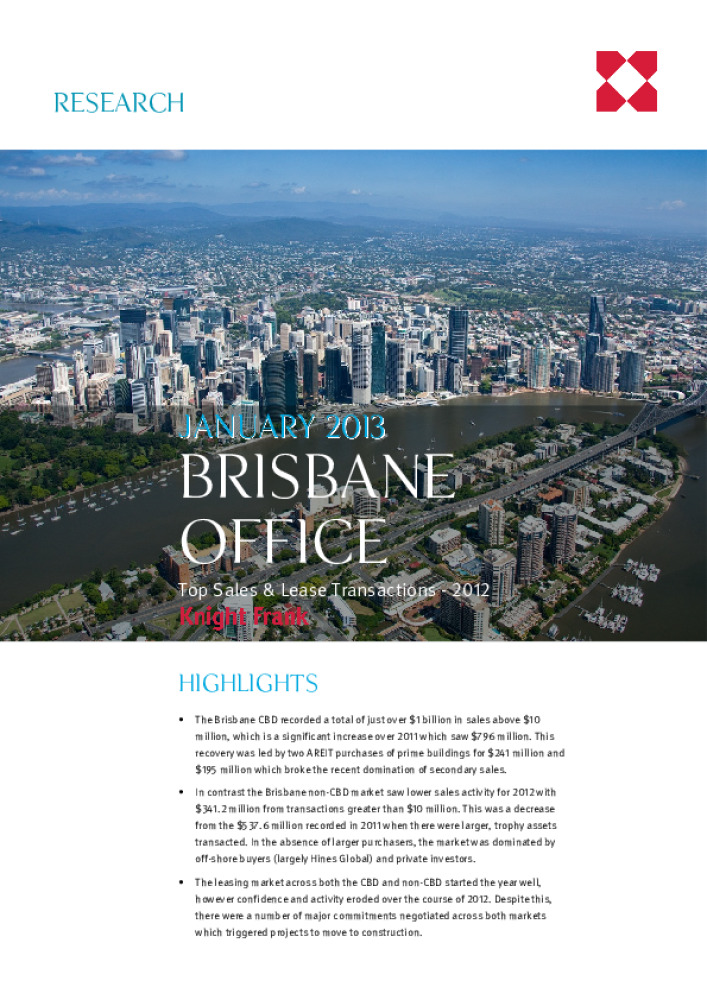 The Brisbane CBD recorded a total of just over $1 billion in sales above $10 million, which is a significant increase over 2011 which saw $796 million. This recovery was led by two AREIT purchases of prime buildings for $241 million and $195 million which broke the recent domination of secondary sales.

In contrast the Brisbane non-CBD market saw lower sales activity for 2012 with $341.2 million from transactions greater than $10 million. This was a decrease from the $537.6 million recorded in 2011 when there were larger, trophy assets transacted. In the absence of larger purchasers, the market was dominated by off-shore buyers (largely Hines Global) and private investors.

The leasing market across both the CBD and non-CBD started the year well, however confidence and activity eroded over the course of 2012. Despite this, there were a number of major commitments negotiated across both markets which triggered projects to move to construction.