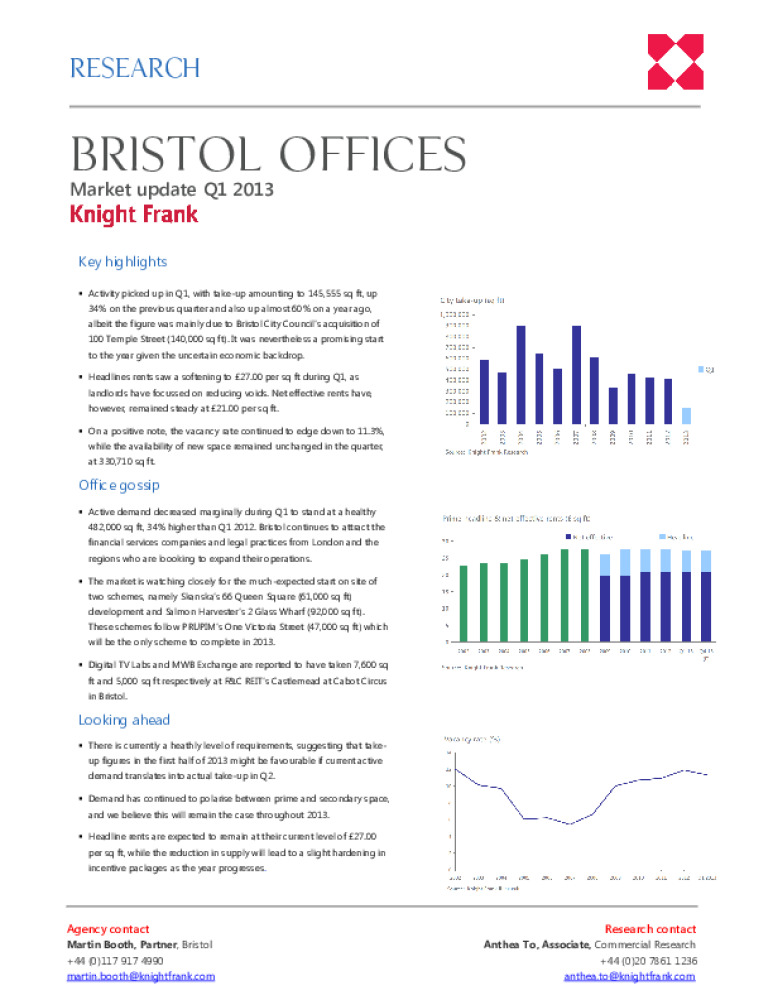 Activity picked up in Q1, with take-up amounting to 145,555 sq ft, up 34% on the previous quarter and also up almost 60% on a year ago, albeit the figure was mainly due to Bristol City Council's acquisition of 100 Temple Street (140,000 sq ft). It was nevertheless a promising start to the year given the uncertain economic backdrop.

Headlines rents saw a softening to £27.00 per sq ft during Q1, as landlords have focussed on reducing voids. Net effective rents have, however, remained steady at £21.00 per sq ft.

On a positive note, the vacancy rate continued to edge down to 11.3%, while the availability of new space remained unchanged in the quarter, at 330,710 sq ft.