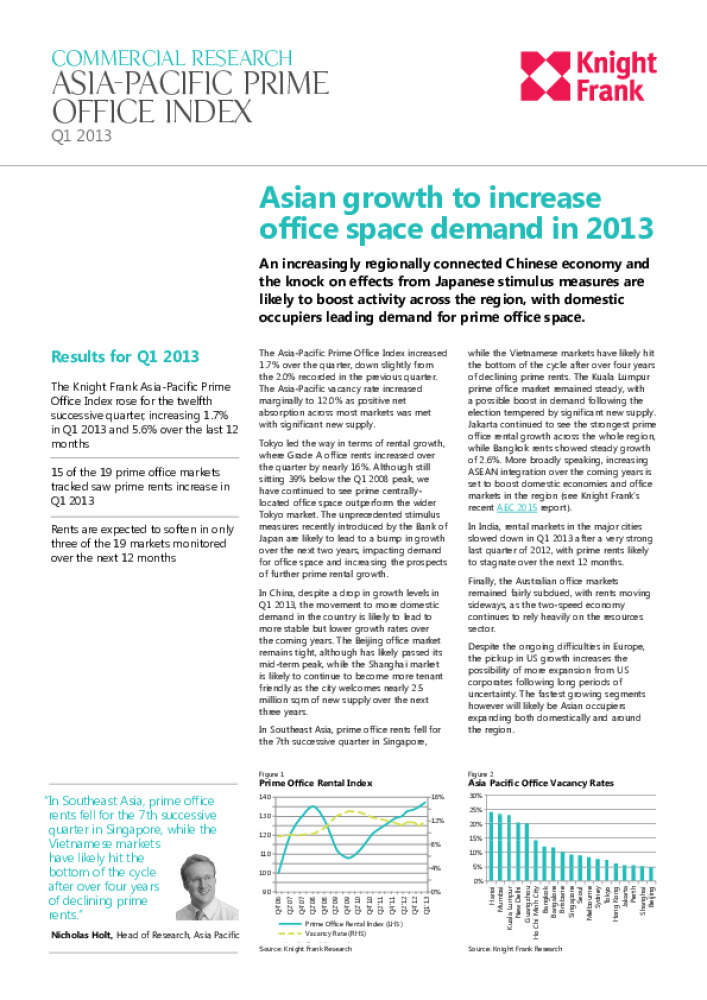 The Asia-Pacific Prime Office Index increased 1.7% over the quarter, down slightly from the 2.0% recorded in the previous quarter. The Asia-Pacific vacancy rate increased marginally to 12.0% as positive net absorption across most markets was met with significant new supply.

Tokyo led the way in terms of rental growth, where Grade A office rents increased over the quarter by nearly 16%. Although still sitting 39% below the Q1 2008 peak, we have continued to see prime centrally located office space outperform the wider Tokyo market. The unprecedented stimulus measures recently introduced by the Bank of Japan are likely to lead to a bump in growth over the next two years, impacting demand  for office space and increasing the prospects of further prime rental growth.