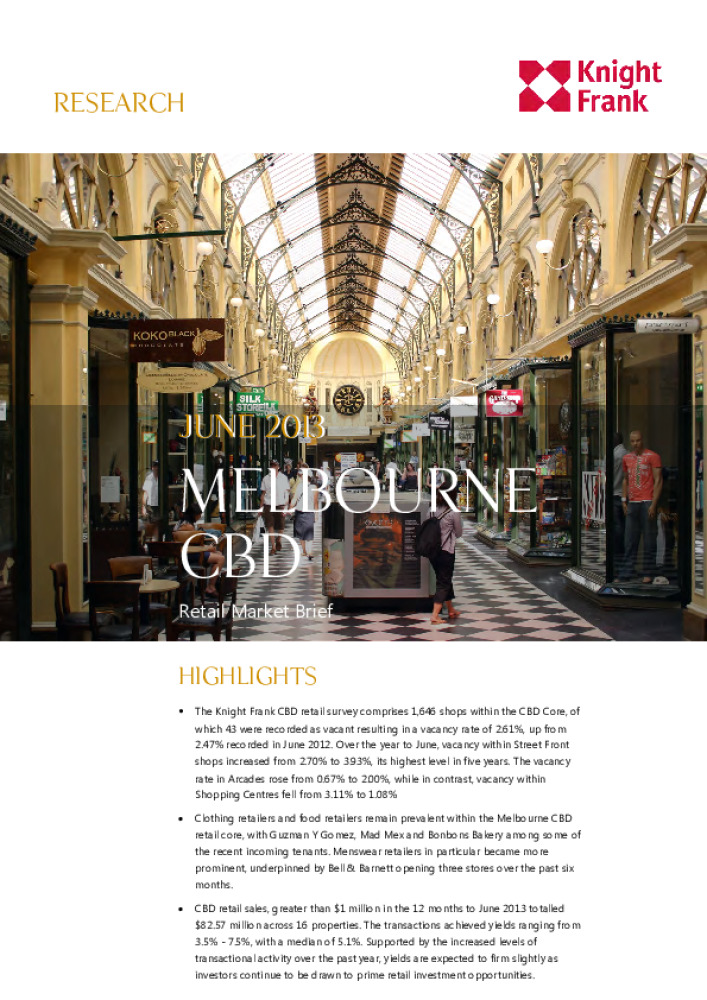 CBD retail sales, greater than $1 million in the 12 months to June 2013 totalled $82.57 million across 16 properties. The transactions achieved yields ranging from 3.5-7.5%, with a median of 5.1%. Supported by the increased levels of transactional activity over the past year, yields are expected to firm slightly as investors continue to be drawn to prime retail investment opportunities.