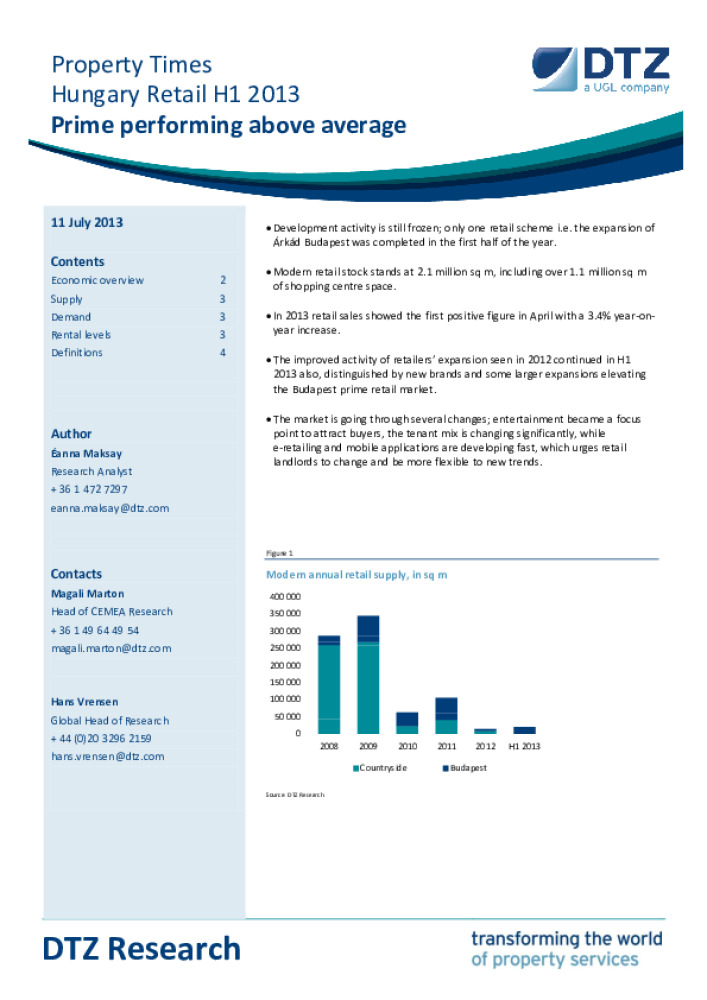 Development activity is still frozen; only one retail scheme i.e. the expansion of Árkád Budapest was completed in the first half of the year.

In 2013 retail sales showed the first positive figure in April with a 3.4% year-on-year increase.

The improved activity of retailers’ expansion seen in 2012 continued in H1 2013 also, distinguished by new brands and some larger expansions elevating the Budapest prime retail market.

The market is going through several changes; entertainment became a focus point to attract buyers, the tenant mix is changing significantly, while e-retailing and mobile applications are developing fast, which urges retail landlords to change and be more flexible to new trends.